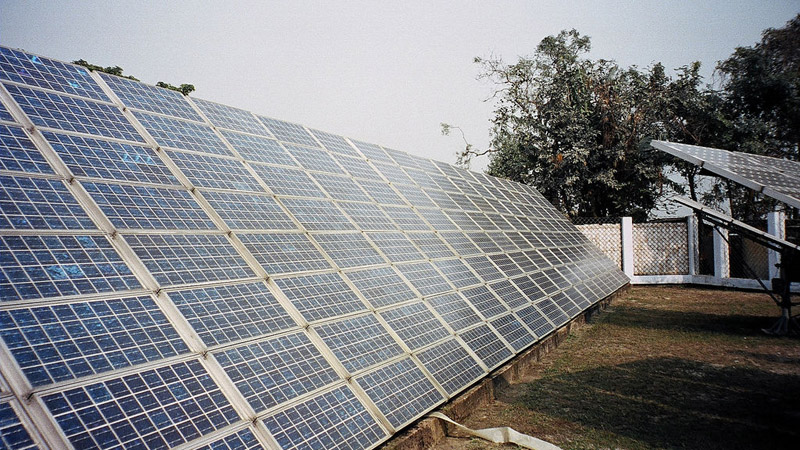 Narendra Modi has called for “paradigm shift” in attitudes towards climate change, promising to back clean energy and energy efficiency measures.

Modi made the comments after he had chaired the country’s high-level climate panel on Monday, the first time the body had met in over three years

PM @narendramodi chaired a meeting of the Council on Climate Change. pic.twitter.com/KLrLp1TUkx

India is expected to agree to work more closely with the US on various low carbon issues when US president Barack Obama visits Delhi at the end of this week.

Potential areas where the US and India could agree to work more closely on include solar energy investment, cutting HFC coolant gases and research into micro-grids, said experts.

An official quoted by the Times of India newspaper said next week’s talks will determine what level of greenhouse gas cuts the government in Delhi will commit to.

[The] “Outcome of the Indo-US deal in renewable energy sector will guide India in coming out with its Intended Nationally Determined Contribution (INDC) in June,” the official said.

. @rtcc_edking @siddharth3 Ideal would be the US not opposing domestic content requirement in promoting solar energy in India…1/2 #DSDS15

. @rtcc_edking @siddharth3 … and instead extending support to build larger manufacturing base in India. – Manish 2/2 #DSDS15

All major economies are expected to deliver their INDCs to the UN this year, ahead of a proposed global climate deal to be signed in Paris this December.

As the world’s third largest source of climate warming gases, India’s contribution will be critical to the final agreement’s integrity.

So far, Modi’s government has given little indication of what level of emission cuts it could propose, preferring to focus on alleviating the country’s huge levels of poverty.

More than 300 million Indians live without access to electricity, the World Bank estimates, which limits the country’s ability to hit western levels of development.

Last week, US multinational SunEdison and India-based Adani Group revealed they are collaborating on a US$4 billion solar factory in Gujurat, Modi’s home state.

The Indian government wants to boost solar capacity from 2.7 to 22 gigawatts by 2022. Coal power is currently 50% cheaper.