An international team of researchers will boost food security for 300 million people in Nepal, India and Bangladesh 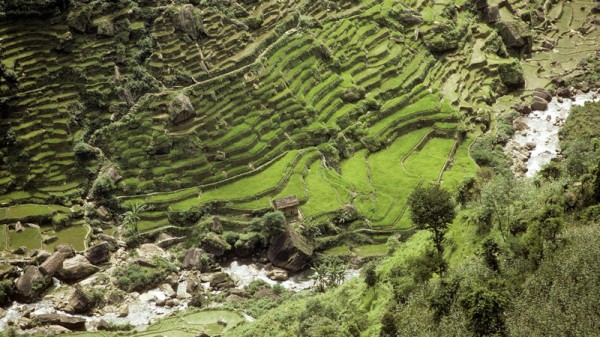 By Bhrikuti Rai in Kathmandu

Research scientists are coming to the aid of 300 million people along the River Ganges who face a hungry future because their staple rice crop is threatened by climate change.

The team of scientists and development practitioners from Australia, Bangladesh, India and Nepal plan to improve the productivity, profitability and sustainability of 7,000 small-scale farmers in the eastern Gangetic plains with a five-year US$ 6.7 million programme.

According to Nepal’s Ministry for Agriculture Development, 66 per cent of Nepal’s total population of almost 27 million is involved in agriculture and contributes 39 per cent in the GDP.

Local scientists say that lack of access to climate-resilient technologies and dependency on monsoon rains for irrigation are major problems for farmers in Nepal.

“Nepal is one of the most vulnerable countries to projected climate change effect, so the project will help small-scale farmers address pressing issues about their livelihood and food security,” Devendra Gauchan, senior scientist at Nepal Agricultural Research Council, told the Climate News Network.

Altogether, the eastern Gangetic plains of Nepal, Bangladesh and India are home to 300 million people. The aid team, funded by the Australian government, aim to help rice farmers systems through efficient use of water and conserving resources to improve adaptation to climate change, and also connect them to new markets.

The Australian Centre for International Agricultural Research (ACIAR) will manage the programme, which will be led by the International Wheat and Maize Improvement Centre in eight districts − two in north-west Bangladesh, two in east Nepal, and two each in the Indian states of Bihar and West Bengal.

“Through this project we will get to learn about new technologies and research management from scientists from participating countries.”

According to Chatterjee, the project will test and fine-tune the technologies developed in countries such as Australia, Canada and Brazil, and will modify them to suit farmers in the eastern Gangetic plains.

“Community consultations will be conducted to identify different ways to optimise the productive use of rain and irrigation water, increase cropping intensity through timely planting, reduced tillage and enhancing access to, and use of, energy-efficient irrigation technologies,” Chatterjee said.