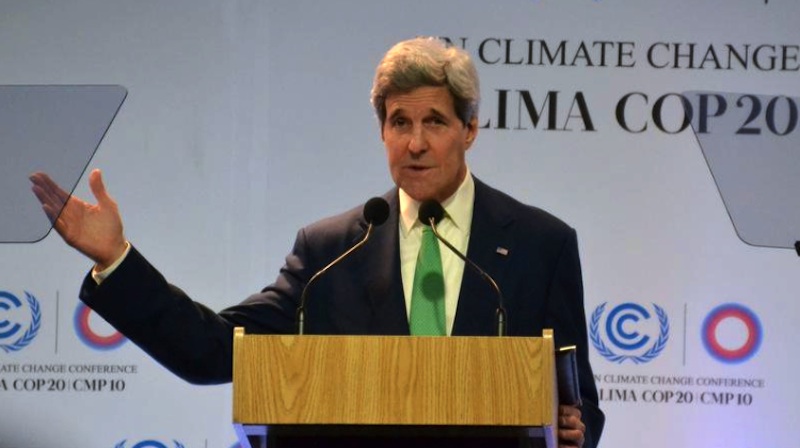 US secretary of state John Kerry will now face the heat of the Keystone XL debate after a a major roadblock to the pipeline’s construction was cleared by the supreme court in Nebraska.

A judgement on Friday declared that the state governor, Dave Heineman, had acted within his authority when he authorised the route of the controversial pipeline.

Landowners had challenged his right to approve the route, but their claim was overthrown.

This means that TransCanada, the Canadian company behind the project, has the necessary authorisation to build the pipeline along their proposed route.

But they still need to wait for a decision by the Kerry-led State Department on whether the project is in the national interest, and then final approval from Obama.

There is no deadline on when the State Department must deliver its verdict, which the department says must consider many factors, including energy security, health, environmental, cultural, economic, and foreign policy concerns.

The State Department says it is examining the decision in Nebraska as part of its evaluation – a task that also involves reading through 2.5 million comments from the public.

Kerry has made climate change a priority. At the UN climate talks in Lima last year, he said that big developed nations who do not help lead are “part of the problem”.

Obama has threatened to veto any bill from Congress that bypasses the need for his approval on the grounds that it attempts to override the established method of approving such a project.

Such a bill is expected to move to the Senate floor this month after the energy committee voted 13-9 in favour of it progressing.

Now that the Senate is controlled by Republicans, the bill is expected to pass easily, although it is unlikely to garner the 67 votes necessary to override a presidential veto.

The veto threat still stands, the White House has said, despite today’s outcome: “Regardless of the Nebraska ruling today, the House bill still conflicts with longstanding Executive branch procedures.”

Obama has said that he will reject the pipeline if it exacerbates the problem of climate change.

“No matter the route, as long as the pipeline is carrying tar sands oil it is a global warming disaster and fails the President’s climate test.”