By the end of the century, five times as many Germans could die of heart disease triggered by high temperatures 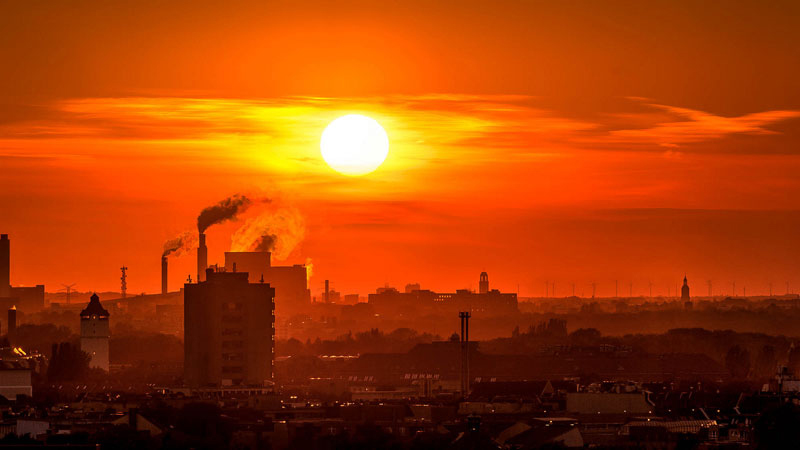 Five times as many people will die of heart disease in Germany by 2098 as climate change causes more intense heatwaves.

This is the finding of a study which the German government has funded as part of their climate adaptation strategy.

The valleys of the Rhine, the Danube and some regions in the East will suffer the most. Specifically, the Upper Rhine valley will experience heatwaves of over 31C each day by the end of the century, the authors found.

They say that research rarely investigates how climate change will impact cause specific deaths.

“Studies investigating the heat-mortality relationship are of major importance to design preventive measures, which are able to minimize the future heat wave risks,” said Stefan Zacharias from the German Meteorological Service, which conducted the research

The results are based on a moderate emissions scenario up to 2098.

Coronary heart disease is responsible for around 17% of all deaths in Germany. Between 2001 and 2010, it killed an average of 403 people on every summer day where temperatures were normal.

This increased by 15.2% during heatwaves, adding up to 331 excess deaths every year.

Climate models suggest that, by the end of the 21st century, heatwaves in Germany will be three times as frequent, 25% longer, and around 1C hotter.

This combination of factors means that heatwave deaths are expected to rise substantially, the report found.

Between 2069 and 2098, the heat could cause an average of 1,801 excess deaths every year due to heart disease, the authors wrote – 5.1 times the current trend. But the unpredictability of climate models mean the actual figure could be up to ten times higher than it is today.

People may get used to the heat, which would lower the death rate – although most studies say that the rate of acclimatisation will be less than 50%, said Zacharias. If heat tolerance is increased by half, the number of excess deaths will be reduced to around 835 a year.

The impact of heatwaves is likely to be similar across the rest of Europe – and potentially even worse in certain regions.

“Since the future increase in heat wave frequency and duration is projected to be higher in Western and Southern Europe than in Central Europe, future heat-related mortality could be even higher in the former regions,” says Zacharias.

In the summer of 2003, a particularly extreme heatwave killed more than 80,000 people across Europe.

There are ways the German government can respond to the threat, Zacharias added.

But he warned that the solution must not contribute to the problem: “Since a widespread use of A/C consumes loads of electricity and therefore may deteriorate climate change (if not generated as renewable energy), this topic is discussed controversially,” he said.