Fish, forests, birds and wildflowers affected by a wide range of impacts – human and natural – from global warming 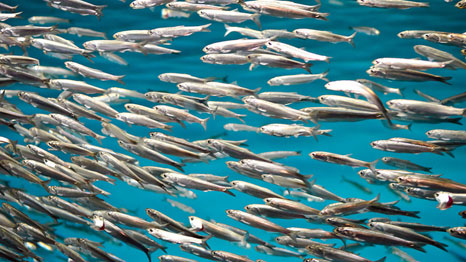 Lumberjacks are selecting different trees, US fishermen are sailing further north to catch black sea bass, desert birds are nesting later in California and Arizona, and one kind of wildflower is changing shape in the Rocky Mountains − and all in response to climate change, according to new research.

None of these responses is simple, or necessarily ominous, and global warming is not the only factor at work. But all are nevertheless examples of adaptation to − so far – very modest changes in temperature.

Adena Rissman and Chad Rittenhouse, of the University of Wisconsin-Madison, report in the Journal of Environmental Management that they looked at weather records and logging data and found that, since 1948, the winter interval during which ground is firmly frozen has declined by an average of two to three weeks.

Hard winters are the logger’s friend as the ground can support heavy machinery, whereas muddy soils can make tracks impassable.

So, over the decades, foresters have harvested more and more red pine and jack pine − species that flourish in sandy, well-drained soil more accessible to trucks, tractors and chainsaws.

“We found a significant decline in the duration of frozen ground over the past 65 years and, at the same time, a significant shift in the species being harvested.”

Such changes in selection tend to affect ecosystems – on land or at sea.

Scientists at the Northeast Fisheries Science Centre in the US report in the ICES Journal of Marine Science that they looked at trawl survey data collected between 1972 and 2008 to analyse variations in abundance of black sea bass, scup, and summer and winter flounder.

All had shown “significant poleward shifts” in at least one season.

The bass and scup were responding to changes in temperature. The summer flounder were more likely to be responding to a decrease in fishing pressure − that is, the species could recolonise former habitat.

There was no change in the distribution in the southern New England/Mid Atlantic Bight stock of winter flounder.

“Using these data, we demonstrated how a combination of fishing and climate can influence the distribution of marine fish,” said lead author Richard Bell, research associate at the US National Oceanic and Atmospheric Administration fisheries service laboratory at Narrangansett. “It is not one or the other.”

Meanwhile, in the arid American southwest’s Sonora Desert, all 13 desert bird species have tended to delay nesting by two weeks or more, as a response to severe drought.

This makes survival a problem for the birds as their young are more vulnerable to nest predators and parasites. Some species forego breeding entirely during an extreme drought. Even without global warming, droughts are an enduring fact of life in the region.

But ecologists point out that climate models predict a greater frequency of droughts, which could lead to even more delays in nesting.

“These responses are predicted to become more frequent and extreme, due to climate change, causing us to question how desert birds will persist in the long term,” Chris McCreedy, a desert ecologist at Point Blue Conservation Science, reports in The Auk, the American Ornithologists’ Union journal.

At least one species has responded to climate change by altering not just its life cycle but its shape.

Students at Dartmouth College in New Hampshire and the University of South Carolina report in Global Change Biology that the Rocky Mountain mustard plant (Boechera stricta) offers an example of what biologists call “phenotypic plasticity”.

This means that it doesn’t evolve to meet climate change − it just looks different under different conditions. It changes according to whether the conditions are hot and dry, or cold and wet. In experiments that simulated future climate change, it also flowered seven days earlier.

This little ready-for-anything brassica plant seemed able to respond differently according to whether or not there was snow around it. Or, as the researchers put it: “Extensive plasticity could buffer against immediate fitness declines due to changing climates.”