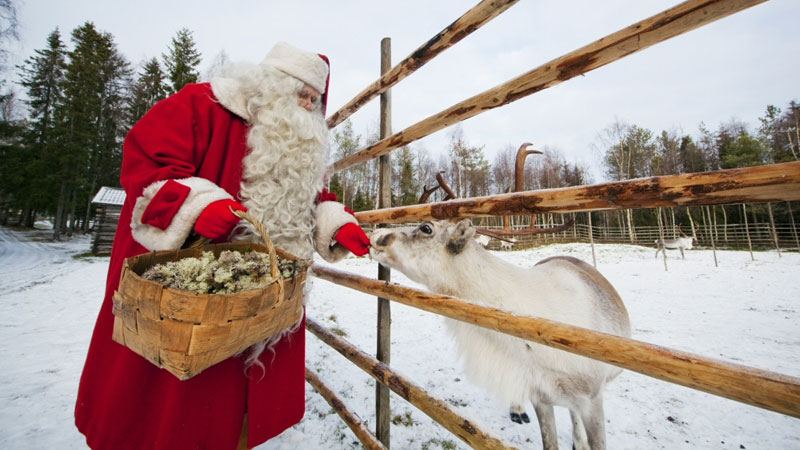 Rapid warming across Finland means that even Santa’s hopes for a white Christmas are shrinking.

The average temperature in the Arctic country has risen by more than 2C since 1847, twice as fast as the global average.

Warming is most extreme during the festive month, which is now 4.8C hotter than it was before the industrial era, Finland’s top scientists have found.

“In future, if the temperature rises, we will not have snow cover in December,” researcher Santtu Mikkonen told RTCC.

Scientists at the University of Eastern Finland and the Finnish Meteorological Institute published their findings in a study this week in the journal Stochastic Environmental Research and Risk Assessment.

It means that the country will see less snow, which will instead fall as rain thanks to the warmer weather. When it does fall, it will melt away sooner.

Even Lapland, the cold northern region where Santa Claus is said to make his home, will be affected.

While the impacts will not be as dramatic as in the south, the Finnish Meteorological Institute predicts the number of snow cover days to decrease 20-30% by the end of the century.

“In the north of Lapland, there will still be snow for quite a long time even if the temperature rises, but eventually it will also happen there,” added Mikkonen.

The geography of Finland is what causes the faster-than-average warming.

The effects of climate change are amplified in the Arctic region, as melting ice and warmer oceans create a feedback mechanism that cause the region to heat up faster still.

Since the 1960s in Finland, the temperature has increased at between 0.2 and 0.4C every decade.

While most of the temperature increase has happened in the winter, the warmer-than-average spring means that trees are also starting to blossom earlier.

It has also caused Finland’s boreal forests to grow faster than before.

Scientists reached their conclusions by averaging data produced by weather stations across Finland, as well as some in Sweden, Norway and Russia.

Mikkonen said that the patterns that they observed can be expect to intensify as long as global warming continues.