Since the decline of fur trapping, beaver populations have exploded, increasing methane generation from dammed ponds 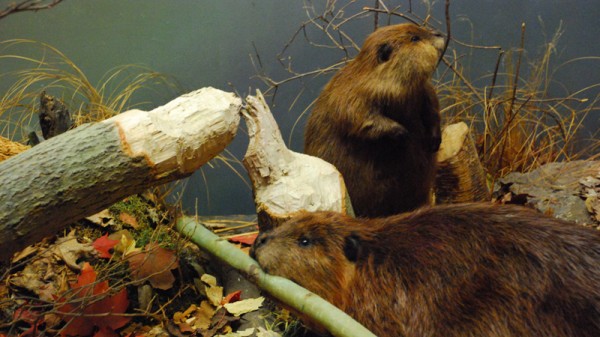 In the sixteenth to nineteenth centuries, the fur trade drove beavers to the brink of extinction.

Since then, animal protection laws and conservation efforts have boosted numbers to more than 10 million worldwide.

This has increased by 200 times the level of methane emissions from ponds created by beaver dams, a Canadian study has found.

As populations flourish, author Colin Whitfield said, “the contribution of beaver activity to global methane emissions may continue to grow.”

Beavers build dams up to about 1.5 metres high to create ponds that protect their homes from predators.

These create the conditions for vegetation to decompose, generating methane.

As the population has recovered, beavers have created some 42,000 square kilometres of pond.

In 2000, methane generated in these ponds amounted to 0.8Mt, according to the latest study, published in AMBIO.

That is 15% of the contribution of cud-chewing wild animals like deer and antelope, and has the equivalent impact on global warming of 18.4Mt of carbon dioxide.

In comparison, UK emissions in 2013 were estimated to be 569.9 million tonnes carbon dioxide equivalent (MtCO2e).

With the Eurasian beaver population forecast to rise by another 4 million, its contribution is likely to rise, said scientists.

“The dynamic nature of beaver-mediated methane emissions in recent years may portend the potential for future changes in this component of the global methane budget,” said Whitfield.

“Continued range expansion, coupled with changes in population and pond densities, may dramatically increase the amount of water impounded by the beaver.”