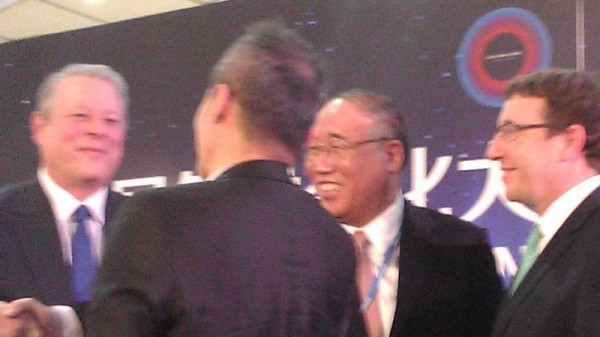 Some Chinese cities will peak their greenhouse gas emissions as early as next year, lead climate official Xie Zhenhua said on Wednesday.

At a side event of UN climate talks in Lima, Xie stressed the importance of cities to meeting China’s national goal to peak emissions “around 2030”.

Through a simultaneous interpreter, he said: “It is quite realistic for China to set a goal around 2030. If we set a goal for 2020, that would be simply propaganda bullshit.”

China has 36 low carbon pilot cities, which aim to show how sustainable design can be better for people and the economy.

Acknowledging that previous economic growth had come at the expense of environmental destruction, Xie said China was aiming for more efficient and high quality development.

It was at a meeting of presidents Barack Obama and Xi Jinping in Beijing last month that the US matched China’s peak emissions announcement with its own pledge.

“The historic handshake between China and the US has had an electrifying impact on the world’s efforts to find a deal on climate change,” said Gore.

“This meeting in Lima, so wonderfully hosted by the government of Peru, is already historic.

“We are privileged to be in this city at a time when the groundwork is being laid for a successful agreement in Paris.”

As well as the peak emissions goal, China has committed to get 20% of its energy from non-fossil fuel sources by 2030.

“We have more to come,” Xie promised, referring to the national plan each country is expected to produce in the first half of next year.

This was not just a response to US pressure, he said. “Acting on climate change is not something imposed by others; it is something we want to do ourselves.”

But he called for international cooperation “to achieve the win-win result for low carbon development”.

China is set to roughly double the US$44 million it has put into climate finance since 2011, under a new market based system.

Achim Steiner, head of the UN’s environment body, urged the US and China to help bridge the gulf between rich and poor countries in the talks.

These have revolved around finance, in particular. Industrialised countries have stumped up US$10 billion for the Green Climate Fund and promise to mobilise US$100 billion a year by 2020.

Su Wei, China’s lead negotiator, last week branded the first figure “far from adequate” and said there was no clear roadmap to the 2020 goal.

“We must make sure that neither the developed world nor the developing world has reason to think the other is not doing something,” said Steiner.

“We need to change the narrative around finance if we are going to yield a political dividend.”

Developing these cities sustainably has big gains for quality of life and economic growth as well as keeping emissions down, he argued.

Traffic congestion costs a typical city 4-6% of GDP, for example. In Lima, the figure is 8%.

It also causes air pollution, which has a costly impact on health. None of the 50 largest cities in the world meets the WHO’s standards on air quality.

New or growing cities have a chance to build in dense housing and good public transport, to avoid those costs.

This could save US$3 trillion over the next 15 years, Steer said. “We have done very detailed calculations. Doing it right saves money.” 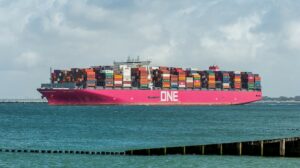 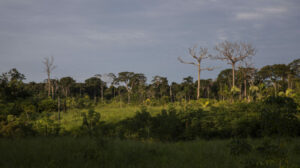