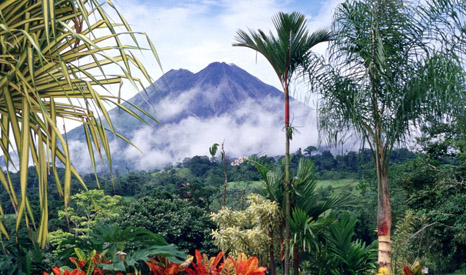 A coalition of eight Latin American countries has announced plans to replant up to 20 million hectares of forests by 2020, an area five times the size of Switzerland.

Mexico, Peru, Colombia, Guatemala, Ecuador, El Salvador, Chile and Costa Rica made the pledge on the sidelines of UN climate change talks in Lima, backed by US$365 million from donor organisations.

“We are losing our forests at a fast speed,” said Juan Manuel Benitez, Peru’s Minister of Agriculture and Irrigation, at the launch of the initiative. “It is putting at risk our future, our water and our land.”

He explained that Peru has invested US$50 million to investigate the causes of deforestation, which is linked to 60% of its annual emissions.

Tackling deforestation is seen as a critical part of efforts to secure a global greenhouse gas emissions reduction deal due to be signed off in Paris next December.

The transformation of 13 million hectares of forests a year into pastures for animals, croplands or other industrial uses accounts for 20% of annual emissions.

“Protection of forests and restoration of degraded lands should be a fundamental part of a strong, universal climate agreement to be finalised at the COP in Paris in 2015,” said Andrew Steer from the World Resources Institute, one of the organisations backing this effort.

“Standing forests and other plant-rich landscapes store climate-warming carbon dioxide, keeping it out of the atmosphere, making forests an important component of both national and international efforts to curb global warming.”

Brazil close to path for target to decline forest loss, but recent trends could make them miss @Imazon #COP20 pic.twitter.com/ehzbBZoKGg

The announcement is the latest sign governments are slowly getting to grips with the destruction of some of the world’s most biodiverse habitats and valuable stores of carbon.

In 2011 governments of South Korea, Costa Rica, the US, China, Rwanda and Brazil agreed to restore 150 million hectares of land by 2030.

And in September 2014 the UN reported 150 governments, companies, civil society and indigenous peoples had backed proposals to cut forest losses 50% by 2020, and end it by 2030.

But despite these initiatives forest communities say they are facing an unprecedented number of threats from developers keen to extract valuable raw materials from their lands and open up new farming areas.

Last week widows of four Brazilian tribesmen murdered by suspected illegal loggers travelled to the UN talks in Peru’s capital to highlight the dangers they are now facing.

“We have never been under so much pressure,” said Edwin Vásquez, co-author and president of indigenous people’s network COICA.

“We are part of the forest,” he said, “but out relationship with the earth is suffering and we are all fully responsible.”

Mezua-Salazar said he wanted to see any international climate agreement deliver “clear rules” to protect the rights of tribal peoples.

Negotiators in Lima hope to understand better how deforestation will be addressed under any new 2015 agreement.

Hopes have been pinned on a marked-based mechanism known as REDD+ that could see forest communities paid to protect forests.

But since its inception it has been beset by fears over transparency and accountability, both in terms of flows of money and the accuracy of forest inventories.

Rules over how the variety of projects that fall under its umbrella were agreed at UN talks in Warsaw last year.

Its supporters now say it needs strong financial backing from the international community and the private sector.

The World Bank, which runs two of the three main bodies charged with distributing funds for REDD+, says it its committed to ensuring costs for anyone applying for help are as low as possible.

“One of the most important things for us is streamlining the finance from donors,” said the Bank’s head of climate change Rachel Kyte. “What you need to be able to do is be able to engage with one process.

“So what we’re doing is changing the way that we will manage all those different windows so we will have one conversation with a country, and we will figure out how the different regulations with different governments and different governance operate, and we’ll waive that charge for the client.”