The United Arab Emirates needs its wealth to diversify away from fossil fuels, argues lead negotiator 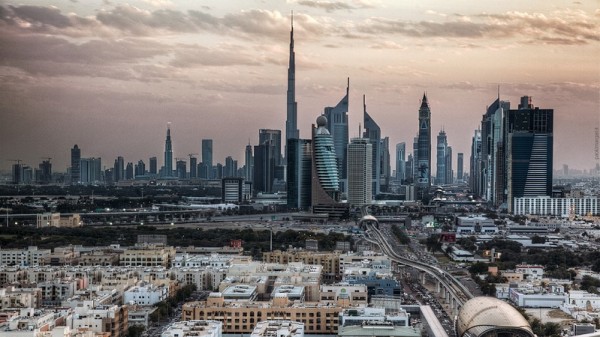 The United Arab Emirates is the 19th richest country the world, with GDP of US$44,000 a head, mostly generated from oil exports.

Yet in the UN climate change negotiations, it and neighbouring Gulf states are classed as developing countries, based on the situation in 1992.

While most rich countries are chipping into the Green Climate Fund to help the world’s poor deal with climate change, the UAE has made no pledge.

At a side event of climate talks in Lima on Friday, lead negotiator Majid Al Suwaidi refused to say whether his country would contribute to the GCF.

“Development is not just about wealth,” he said. “We recognise that is a short term thing and we have to think about our future prospects.

“Although we are working very hard to diversify our economy, we remain very dependent on fossil fuels.”

Negotiators are working towards a deal in Paris next year that is hoped to limit temperature rise to 2C.

But existing emissions cutting commitments by countries fall far short of that goal.

In the absence of a strict “carbon budget”, the International Energy Agency expects fossil fuel demand to continue to grow.

The UAE sees oil and gas as “an important part of the energy mix” for the next 50 years.

In 2012 it and fellow Gulf states Saudi Arabia, Qatar and Bahrain said they would consider releasing emission reduction targets, but nothing has materialised since.

With its well established oil infrastructure, the UAE is able to produce oil more cheaply than unconventional projects like Canada’s tar sands. As such, its oil industry is likely to be viable for longer.

Al Suwaidi said his people knew the bounty could not last forever. In his grandfather’s day, the main source of wealth was pearl diving, which collapsed when the Japanese invented artificial pearls.

“Our natural resources are there to benefit the population but they are only a short term blessing we have,” he said.

The UAE has invested in a carbon capture and storage (CCS) project, which pumps carbon dioxide from a steel works into old oil fields. This technique allows it to extract more oil.

Through its Masdar fund, it is also investing in renewables, including the UK’s London Array offshore windfarm and concentrated solar power in Spain.