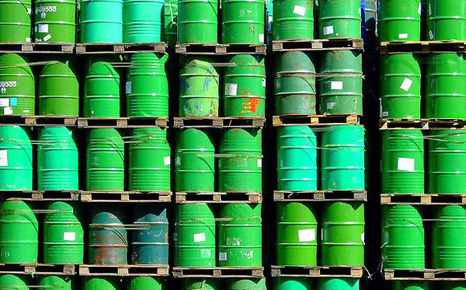 The tumbling price of oil proves it is a risky investment and should boost renewable energy technologies, the UN’s climate chief said on Monday.

Christiana Figueres was speaking at the start of two weeks of negotiations aimed at developing a global emissions reduction agreement, involving nearly 200 countries.

The price of Brent Crude fell to $67.53 a barrel on Monday, its lowest since October 2009, following a decision by the OPEC oil cartel to maintain supply at 30 million barrels a day.

The glut of oil on world markets and low cost of energy has sparked fears it could encourage countries to slow plans to invest in greener forms of energy, but Figueres argued it was the opposite.

“The fact that oil prices are so unpredictable is precisely one of the reasons we need to move to fuels which has a completed predictable cost of zero for fuel,” she said.

“Of course you have upfront costs… but that is one of the major recommendations for renewables over fossil fuels.”

She also praised Monday’s decision by German energy giant EON to split in two and dispense with its power plants, focusing on clean energy and grid technologies.

“This is in tune with the many varied pieces of good news that we have had over the past three months,” she said, citing September’s move by the Rockefellers to ditch $50 billion of oil, gas and coal investments.

“The world has changed when the Rockefellers decide they are going to divest.”

But figures released late on Monday by the Climate Action Network suggest support for fossil fuels remains strong around the world, especially in Europe, which has long branded itself as a climate leader.

Over €78 billion is being spent by the likes of France, Germany, Spain, Poland and the UK in “propping up” fuels which are contributing to rising carbon emissions, it said.

“If we are going to have a clean energy system by 2050 then funding should be stopped immediately and phased out completely by 2020 in the EU,” said Maeve McLynn, policy officer at CAN Europe.

According to scientists global CO2 emissions need to peak this decade to ensure the world stays on a trajectory to limit warming to below 2C, beyond which the intensity of heatwaves, floods, droughts and rising sea levels could increase.

Earlier on Monday Peru’s environment minister Manuel Pulgar Vidal, chair of the meeting, said he was encouraged by what he termed “good signals” from leading economies in the lead up to this meeting.

“We had received a good atmosphere… not only before because we heard good mobilisation in capitalising of the Green Climate Fund but also because we received and heard good announcements from the EU, US and China,” he said.

Pulgar Vidal said he wanted to encourage more participation in UN climate talks, revealing he had given youth, gender and civil society groups more opportunities to make their voices heard during discussions in Lima.

“It has shown us we are in the same road and will succeed in this effort,” he said.