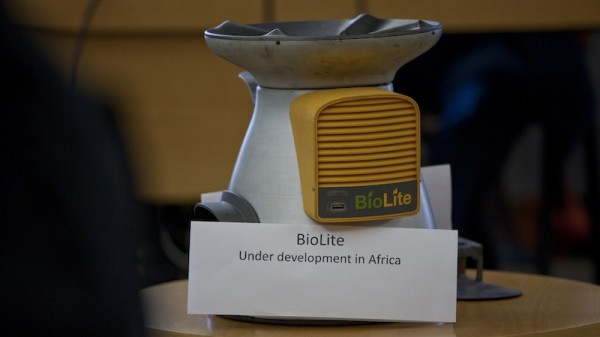 The World Bank is backing efforts to equip 100 million households with clean cooking facilities by 2020 in an attempt to reduce indoor air pollution in developing countries.

The group announced it would invest $60 million into a partnership with the Global Alliance for Clean Cookstoves at a summit in New York today.

The use of inefficient cookstoves and traditional biomass fuels affects 3.1 billion globally. Every year in developing countries, the air pollution this causes kills 4.3 million people.

“We will focus our efforts and resources on the tough issues: improved technology, better affordability, supply chain development, and consumer behavior,” said Anita George, a senior director at the World Bank.

The effort will also support UN secretary general Ban Ki-moon’s push to provide sustainable energy for all by 2030.

As well as causing health problems, dirty cookstoves can prove expensive as their users are forced to pay for inefficient fuels or lose time to collecting it themselves.

But weak markets and distribution systems for new and improved stoves and fuels have held back attempts to address the problem, as well as reluctant to adopt new practices by the people who would use them, said the World Bank in a statement.

But as well as working on a national level to improve policies and standards, work will also take place to improve the supply chain by providing technical support for manufacturers and distributors.

There will also be a push to educate end users of the benefits of clean cooking.

“Our work together will support the growth of entrepreneurs in the sector, scale up the availability of cleaner cookstoves and fuels, and further the development of standards and testing procedures to provide more certainty to donors, investors, and consumers alike,” said Radha Muthiah, head of the Global Alliance for Clean Cookstoves.