UN climate chief hails contributions, saying it is one of the “wisest investments in the 21st century” 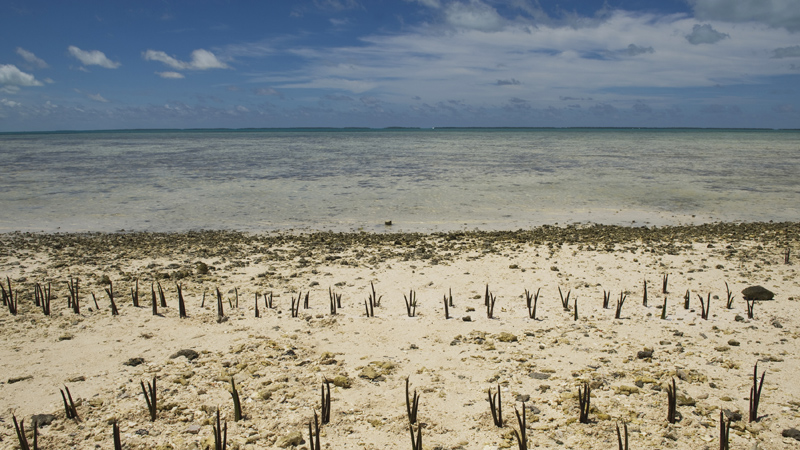 Around half of the GCF’s funds will go to helping countries prepare for future climate impacts (Pic: UN Photos)

More than $9 billion has been pledged to a UN-backed Green Fund aimed at helping poorer countries cope with the impacts climate change.

Twenty-one countries including the US, UK, France, Germany and Japan formally announced their contributions at a Berlin meeting on Thursday.

“The result of today’s capitalization of the Green Climate Fund is foremost an unmistaken sign of trust-building,” said Hela Cheikhrouhou, executive director of the Fund in a statement.

Poland and Canada are expected to offer money by the end of the year.

Green Climate Fund: Who pledged what in Berlin?

The news could provide a significant boost to negotiations towards a UN climate change agreement, due to be signed off in Paris next December.

In 2009 rich countries said they would deliver $100 billion from public and private channels by 2020 to help developing countries invest in clean energy systems and adapt to changing weather patterns.

Mobilisation of those funds has been slow, and leaders from many climate vulnerable countries had warned that significant financial flows would be a precondition for any international climate agreement.

Peru’s environment minister, who will chair the next round of talks which start in Lima on December 1, said pledges made to the GCF would create a “positive atmosphere” for the start of these negotiations.

UN climate chief Christiana Figueres said money directed to the fund were the “wisest investments in the 21st century.”

“The Green Climate Fund is the epicentre that determines the direction of both public and private investment over the next decades,” she added.

The fund is expected to start funding its first projects near the end of 2015, but civil society observers warned it would need far greater financial support moving forward.

“With the climate crisis growing worse every year, these pledges are at best a Band-Aid on a gaping wound and fall far short of the funding required to meet the needs on the ground,” said ActionAid’s Brandon Wu.

Athena Ballesteros from the World Resources Institute called for “additional countries” to come forward in the next few days to push funds over the $10 billion target.

“These urgently needed funds will help to ensure that all people can enjoy high-quality and prosperous lives, even in the face of the climate challenge,” she said.

“To bend the trajectory of carbon emissions and shift mainstream finance into low carbon and climate resilient investments, we need to fundamentally change the risk-reward relationship,” he said.

“With the prudent use of innovative financial instruments, particularly through the Private Sector Facility, we’re confident that the GCF can play a key role in accomplishing that.”