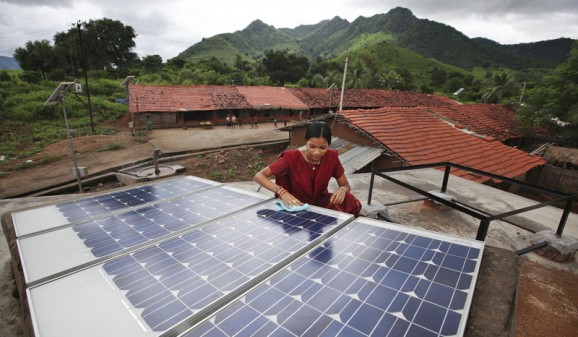 India is planning a fivefold increase in its solar power target, according to the country’s energy minister.

Speaking at an event in New Delhi, Piyush Goyal said that India would boost its current target of 20 gigawatts of solar power generation by 2022 to 100 gigawatts.

He added that renewables needed to be a “self-sustained industry and not dependent on government subsidies”.

Indian prime minister Narendra Modi became a pioneer of solar power during his time as chief minister in Gujarat, spurring companies to build more than 900MW in the state in a couple of years.

But Goyal also stressed that development concerns came before the environment.

“Once the development needs of a country are addressed, then talking about environment makes sense… We still have unsatiated needs for development and for roads and highways to come up,” he said.

Much of these will be addressed through producing and burning highly polluting coal, the leading source of global greenhouse gas emissions.

Last week, Goyal pledged to more than double India’s coal production from its current 490 million tonnes to one billion tonnes annually by 2019.

“It is clearly doable, it is not a fanciful target. They have 200 mines which have not yet opened up, technological innovations can make it possible,” Goyal said.