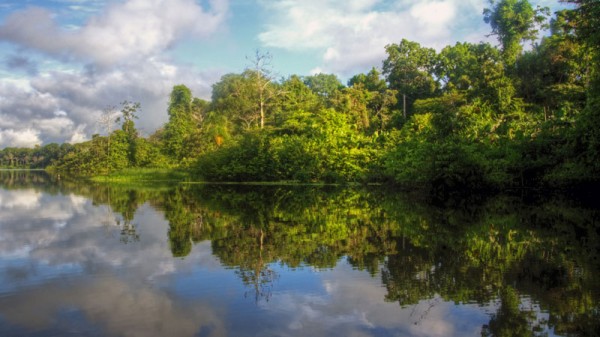 Preserving forests is a vital step in preventing climate change, but people who defend them against illegal logging and land grabs are being murdered in increasing numbers.

And one of the worst recent examples is in Peru, the country hosting the United Nations climate change conference that opens in the capital, Lima, on December 1.

Four indigenous leaders from the Ashéninka people from the Peruvian Amazon − including Edwin Chota, a prominent anti-logging campaigner − were killed attempting to defend their lands in the Ucayali region in September.

The killings were highlighted yesterday in a report, titled Peru’s Deadly Environment, by the independent environmental investigation agency, Global Witness.

The report calls into question “the commitments of Peru to protect its carbon-rich forests and the people who live in them, in light of unfettered illegal logging, disregard for indigenous land claims, and new laws that favour industrial exploitation over environmental protection”.

Patrick Alley, co-founder of Global Witness, said: “The murders of Edwin Chota and his colleagues are tragic reminders of a paradox at work in the climate negotiations. While Peru’s government chairs negotiations on how to solve our climate crisis, it is failing to protect the people on the frontline of environmental protection.

The report follows a wider Global Witness investigation of the escalating number of people killed trying to defend the environment. Between 2002 and 2013, it says, 908 campaigners were killed in 35 countries. Brazil was the worst offender, with 448 killings, Honduras second with 109, and the Philippines with 67.

The recent killings in Peru makes it the fourth most dangerous place to be a defender of the environment, with 57 people killed − 60% of them in the last four years. This is mostly in disputes over land rights, mining and logging. Over 20 million hectares of land claims of indigenous communities have not been processed.

Edwin Chota had received numerous death threats for his resistance to the loggers who were gutting his community’s forests, but his appeals to the authorities were ignored. There was speculation that there was collusion between the loggers and the authorities.

Before he died, Chota sent local police photographs of the illegal loggers and the sites they were exploiting. It is these loggers who have now charged with his murder.

In an attempt to make it worthwhile for Peru to leave the country’s forests standing, Norway and Germany have offered a $300 million partnership deal to support Peru’s efforts at reducing greenhouse gas emissions from deforestation and forest degradation in the country’s Amazon region.

Ironically, the deal was announced in September − the same time as the four activists were murdered.

The money was to cover the period up to 2020, and Peru would get the cash from Norway if it recognised indigenous people’s land claims, and so preserved the forest. At the same time, Germany would continue its extensive support for Peru on climate and forest issues.

At the time of the deal, the President of the Peru, Ollanta Humala, said: “There is growing evidence that economic growth and environmental protection can be combined. The Letter of Intent with Norway is a major step forward in realising the vision of deforestation-free development, and we are firmly committed to implement its provisions faithfully. We do this because it is in the self-interest of Peru.

“Our indigenous peoples’ groups have traditionally been the best guardians of our forests. By embarking on this path of deforestation-free development, we hope also to reach out to our indigenous peoples and move together towards a more harmonious future.”

All three countries accepted that there were serious problems in implementing the agreement because of weak government and pressure from miners, loggers and small farmers. There are 68 million hectares of forest, with 350,000 indigenous people living in it − including several uncontacted tribes.

Despite the president’s words, Peru had already invoked a new law in July 2014 that grants extended land use rights to investors for the expansion of large-scale agriculture, mining, logging and infrastructure projects.

At an award ceremony in New York yesterday, the four dead activists were honoured as Diana Rios Rengifo, daughter of one of the murdered men, Jorge Rios, accepted an environmental award from the Alexander Soros Foundation on behalf of her father and their Ashéninka community.

“They may have killed my father and his friends, but I am still here,” she said. “And I will continue to fight for the rights to our territories and for the rights of the other indigenous peoples of Peru.”

David Salisbury, associate professor of geography at the University of Richmond in the US, has spent time with Edwin Chota’s community. He says: “Peru’s credibility as a forest protector hinges upon providing land and resource rights to the country’s indigenous and rural populations.

“The government should recognise there are people in the forests, and give them rights to them. How can you maintain standing forest, and mitigate climate change, if the defenders of the forest are being assassinated?”