US climate pledge 4% less ambitious than at Copenhagen

New climate deal between US and China is low on ambition, given current emission trajectories of both countries 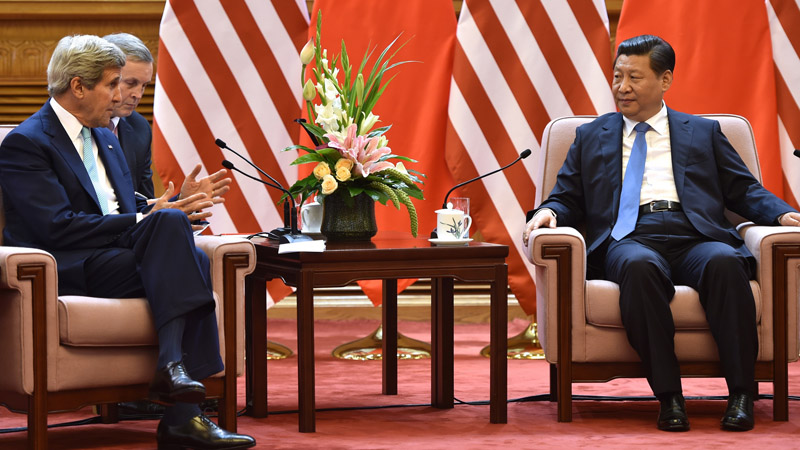 But the figures presented to the world are actually 2-4% less ambitious than those the US tabled in 2010 in the aftermath of the Copenhagen Accord, agreed at a UN summit in 2009.

The reality is the US government won’t have to change its policy significantly to meet its new goal, which it is likely to submit to the UN early in 2015.

And unlike the EU’s recent climate and energy package, it does not offer any scope for increasing its ambition in the event of a global agreement.

Last week, a former White House official told RTCC the US had “got lucky” with the shale gas revolution, allowing it to rapidly make a transition off coal.

In many ways much of the hard political work is done, although the enforcement of president Obama’s power plant CO2 curbs will be critical.

The same could be said for elemnts of China’s announcement.

The decision to aim for an emissions peak in 2030 is not ambitious if you consider what scientists inside the country believe it could aim for.

Last December Jiang Kejun, an influential member of the Energy Research Institute, affiliated to the National Development and Reform Commission, told RTCC a 2025 peak was feasible.

Not only that, he said it would be required if the world is to avoid warming of above 2C, a level beyond which irreversible changes are predicted to occur.

“If we want to support a global 2C target, the model says China’s CO2 emission need to peak before 2025,” he said.

“Then the question was feasibility. Can China do that? We used our model to do a simulation, sector by sector, technology by technology, and the answer was it is possible.”

What about China’s goal to get 20% of all its energy to come from non-fossil fuel sources by 2030?

It’s just a 5% increase on its 2020 target, but will entail building 800-1,000GW of nuclear and renewable power capacity, equivalent to China’s existing coal fleet.

Writing in China Dialogue, Zou Ji, deputy director of China’s National Centre for Climate Change Strategy, says the goal is ambitious but can be met.

“It is possible to reach a peak by 2030, but it will require technology to be in place and systemic solutions to a range of issues: economic restructuring, urbanisation, increasing renewables in the energy mix and so on,” he says.

“The manufacturing market is expected to be saturated by about 2020 and output will naturally peak then, but construction and transportation are still going to consume huge quantities of energy and thus create emissions.”

And what of the 2C target mentioned earlier?

Warnings from the Intergovernmental Panel on Climate Change that the world is heading for warming of beyond 3C by the end of the century are still valid.

Climate economist Chris Hope’s analysis was widely picked up by the media on Wednesday.

“It appears that these agreements on their own give us less than a 1% chance of keeping the rise in global mean temperatures below the iconic 2C level in 2100,” he wrote. “Most likely the rise will be about 3.8C.”

GRAPH: Here’s what today’s China and US emissions pledges look like: http://t.co/QnOEPASvhQ pic.twitter.com/8N5TvSQhKY

Later he added more analysis based on comments from readers suggesting he was being pessimistic.

“I have repeated the analysis assuming the rest of the OECD matches the US’s actions of a 28% cut by 2025 (with the EU cutting by 40% as before), and the rest of the developing world matches China’s pledge to stop increasing emissions by 2030.

This isn’t to denigrate the deal made yesterday between the US and China. Politically it is significant and a huge step towards a global agreement on climate change.

It also marks yet another important step away from the 2009 Copenhagen climate summit, which saw relations between the two countries collapse.

But it’s becoming clearer much of this joint pact is simply business as usual, now packaged up in an agreement that makes that trajectory slightly harder to break.