US-China climate pact is a “giant leap” but the energy sector is “quickly eating up the carbon budget”, analysts warn 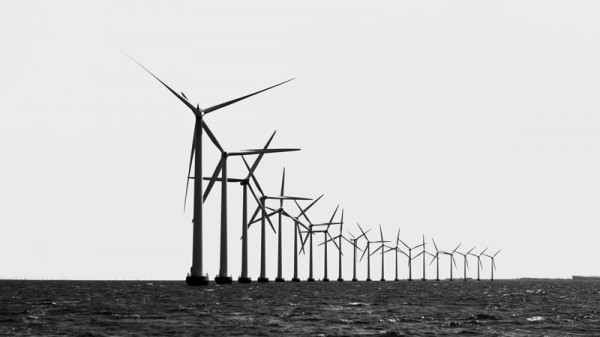 Wind power and other low carbon sources are expected to provide a quarter of energy demand by 2040
(Pic: Peter Kirkeskov Rasmussen/Flickr)

A deal struck between the US and China today takes the world closer to the political goal of limiting temperature rise to 2C.

But the latest International Energy Agency projections show there is a long way to go. Global demand for energy is set to increase, and with it the greenhouse gas emissions that cause global warming.

In the central scenario of its World Energy Outlook 2014 report, prepared before the US-China announcement, temperatures rise 3.6C – a level scientists say will have catastrophic impacts.

Maria van der Hoeven, executive director of the IEA, said: “The energy sector is quickly eating up the carbon budget that experts tell us is the limits of what we can consume if we are to keep within the 2C goal.

“This is a deeply concerning sign of stress that I urge policymakers to take note of.”

Between them, the US and China are responsible for some 40% of global greenhouse gas emissions.

Their position is critical to efforts to strike an international climate agreement in Paris late next year.

“The joint commitment of the US and China represents a giant leap for mankind,” said IEA chief economist Fatih Birol.

It “injects a very badly needed momentum” into climate negotiations on the road to Paris, which he said was the “last chance” to strike a deal.

“If we are not able to do that, we may well say goodbye to the world we used to see.”

The carbon budget is based on the scientific evidence drawn together by the Intergovernmental Panel on Climate Change.

If countries implement only the green policies they had adopted by mid-2014, which the IEA has taken as its central scenario, they will blow that budget by 2040.

That includes US president Barack Obama’s controversial Clean Power Plan and a 45% reduction in China’s carbon intensity by 2020 compared to 2005.

The IEA also modelled a scenario that gives the world a 50% chance of keeping to the 2C threshold.

Today’s announcement brought the US “very close” to that scenario, according to Birol.

This trajectory for China is “much stronger than our central case”, said Birol.

China also aims to get 20% of its energy from non-fossil fuel sources by 2030.

An accompanying fact sheet said this would require the building of 800-1,000GW of nuclear and renewable capacity, more than all the country’s existing coal plants.

The IEA emphasised the importance of investment in low carbon energy in its report.

In its central case, coal and oil use plateaus by 2040, with nuclear and renewables growing to supply a quarter of global demand.

To get there, Birol said low carbon investment would need to double from today’s levels. For the 2C scenario, it needed to increase fourfold.

“If we don’t change the trends in energy investment, we are soon going to use all the budget which is given to us by nature,” he said.

The IEA also warned that the world would become increasingly reliant on the Middle East for oil. Canada’s tar sands and Brazil’s deepwater reserves will provide alternative sources of supply in the short term.