The world’s 20 leading economies are throwing billions to fund oil, gas and coal exploration despite warnings that dangerous climate change is inevitable unless most fossil fuels stay in the ground.

A new report by the Overseas Development Institute says governments are spending US$88 billion a year – twice as much as the top 20 fossil fuel companies – in the pursuit of carbon intensive fuels.

The findings are “shocking” says Shelagh Whitley from the ODI, one of the authors of the study, and threaten to undermine prospects for ambitious 2015 UN climate deal.

Governments are “propping up those activities at quite a significant scale” she tells RTCC, despite regular assurances from world leaders that they will curb support.

“It shows you the arsenal of tools governments have to support private activity, but they are just putting it in the wrong direction.”

In 2012 an estimated $775 billion of subsidies was directed towards fossil fuels, according to the ODI, compared to $101 billion for renewables in 2013.

This is driving the development of oil, gas and coal holdings which cannot be burnt if the world is to avoid warming above 2C, a key figure in the recent Intergovernmental Panel on Climate Change report, the world’s leading authority on global warming.

Oil drilling in high-risk environments like the Arctic is only possible due to state support, the report says, citing Russian backing for Gazprom worth an estimated $2-5 billion. 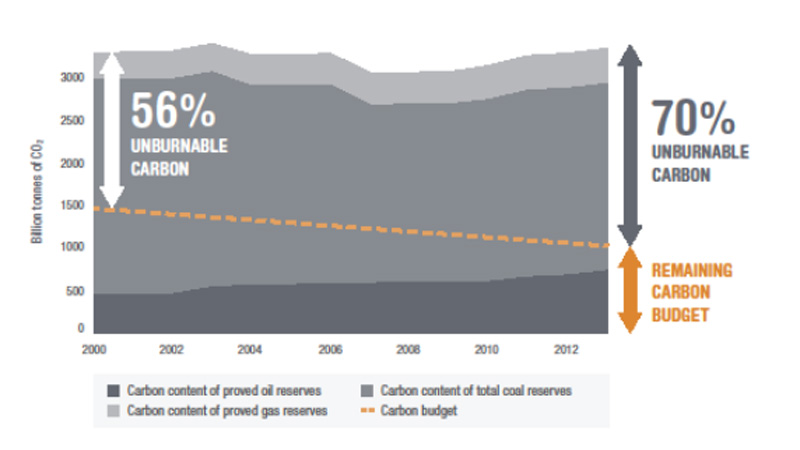 The findings could haunt G20 heads of state as they gather in Brisbane, Australia for their annual summit this week.

G20 countries account for the vast majority of greenhouse gas emissions. China, India, the US and the EU together release 55% of the world’s CO2.

Host prime minister Tony Abbott had initially declined to include climate change in the main agenda, but under pressure from the US changed his mind, meaning the issue will be discussed by delegates.

In 2009 and 2013 G20 countries pledged to stop financially bailing out oil, gas and coal companies, saying these encouraged “wasteful consumption” and reiterated their commitment to tackling climate change.

Since then it appears progress has been limited.

Governments have started work on a peer review process says Whitley, aimed at working out how much each country funds fossil fuel exploration and consumption.

The US and China are expected to share their data shortly, but it is unclear if there will be any public disclosure.

Australia is providing $3.5 billion to onshore and offshore resources, Russia $2.4 billion while the UK offers a variety of tax breaks and financial assistance worth $1.2 billion.

State owned enterprises in emerging economies are among the biggest subsidy junkies, with China giving $9 billion a year to companies, Brazil $11bn, India up to $5bn and Saudi Arabia $17bn.

“Without government support for exploration and wider fossil fuel subsidies, large swathes of today’s fossil fuel development would be unprofitable,” says the report.

“Directing public finance and consumer spending towards a sector that is uneconomic, as well as unsustainable, represents a double folly.”