The Arctic creature, threatened by shrinking sea ice, is one of 31 endangered species to be given greater protection 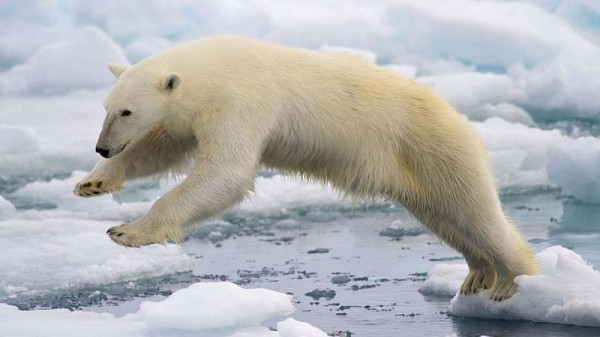 The polar bear has long been an emblem of the climate change movement; its icy Arctic habitat shrinking as a result of manmade global warming.

Now, for the first time, the UN’s environment body has put polar bears on a list of endangered species that need special protection.

It was one of 31 migrating animals to be approved for extra conservation efforts at a conference in Quito, Ecuador.

In its proposal to include polar bears on the list for international protection, Norway highlighted the impact of rising temperatures on the creatures’ home.

Arctic sea ice has retreated by some 2 million square kilometres since the late 20th century, it noted.

“Polar regions have experienced significant warming in recent decades,” it said. This has already caused “pronounced losses” of habitat during spring and summer for many bear populations.

Bradnee Chambers, executive secretary of the UN’s migratory animals convention, said: “Migratory animals have become the global flagships for many of the pressing issues of our time.

“From plastic pollution in our oceans, to the effects of climate change, to poaching  and overexploitation, the threats migratory animals face will eventually affect us all.”