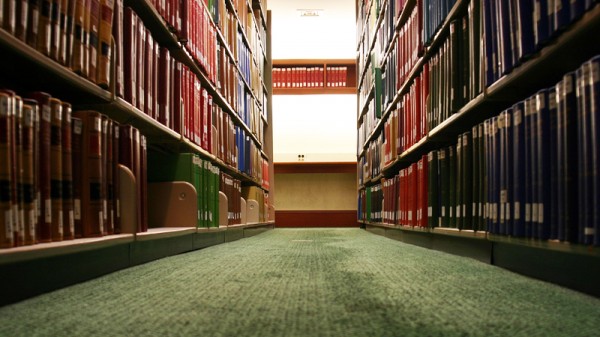 In December, a small dark room at the London headquarters of law firm Simmons and Simmons will become the centre of efforts to help developing countries negotiate a global climate change agreement.

Nestled at the heart of a gleaming office block in Moorgate, it will host a team of lawyers offering advice to envoys participating at the UN’s annual set of climate negotiations, taking place next month in Lima, Peru.

Set up in 2009, months before the ill-fated Copenhagen climate summit, the Legal Response Initiative (LRI) now has three full time staff and a roster of 150 lawyers in London, Hong Kong, Sydney and New York.

They will play a crucial role guiding diplomats from some of the world’s poorest countries through a maze of legal jargon, helping to draft documents, analyse texts and offer a support network they would otherwise lack.

Critically, the advice from these lawyers (who normally charge up to £600 an hour) is free.

Ruel Yamuna, a Papua New Guinea diplomat, calls them his “guardian angels”. A quick glance at the list of delegates to UN negotiations explains why he says this.

While the UK’s lead negotiator can consult around 50 onsite officials, including several lawyers, Papua New Guinea’s representative will arrive with just one colleague and no legal advisor.

The lack of capacity from some poorer countries is “stunning” says James Nierinck, a solicitor at Travers Smith, who was in Bonn last month with the LRI for a week of UN negotiations.

Where US and Australia officials are “tooled up” with legal packs and briefing papers, he says there are only a few small developing countries who have similar backing.

“These are hugely complicated issues and it takes years to get up to speed,” he says.

It means some countries, usually the ones most at risk from rising sea levels or extreme weather events linked to climate change, have no representation at some meetings.

“For me as a negotiator, I sometimes get lost in translation, because everything is in abstract,” says Yamuna.

“LRI definitely comes to the fore in terms of clarifying those different areas where I need a third party analysis of the context of documents.”

More than 20 countries have received advice in the past year, such as Kenya, Nepal, Bangladesh, Indonesia and Colombia, according to Illari Aragon, an LRI staffer.

The organisation also has a free database with 400 legal opinions on issues that frequently crop up, such as adaptation funding, REDD+, the legal form of a 2015 agreement and rules of procedure.

The early days of the LRI were spent convincing delegates they were not your usual lawyers – and there to help rather than hinder, says Raj Bavishi, an associate at Simmons and Simmons and one of the LRI’s co-founders.

“Any new entity claiming to be doing something for developing countries when they’re based in the developed world – instinctively there is a reaction… not necessarily bad but there is some standoffishness,” he says.

A reputation for offering sound advice has helped, but some still muse whether the UK-based entity, also backed by Weil Gotshal and Manges, Baker McKenzie, Herbert Smith Freehills and PwC has an ulterior motive.

Bavishi has been asked before if he is a British government agent; a suspicion “I can understand”, he says.

Central to changing perceptions is doing a good job within the crazed timelines of international negotiations, which can run continuously over days.

“It can mean we get a query early in the morning or late at night, saying can you get back to us in two hours because there is a live negotiation session going on,” says Silke Goldberg, a lawyer at Herbert Smith.

Goldberg sometimes does 20 hours of free work a week advising envoys before, during and after meetings.

One moment she can be drafting a submission on behalf of one country, the next she will be explaining how a piece of text can be interpreted.

One small line or agreement could have serious ramifications for poorer countries, especially if it relates to financial flows or information their governments will need to supply in the future.

“It seems like a labyrinth. But once you get stuck into it you work through it methodically like any piece of legal advice,” says Goldberg.

The level of detail these lawyers are asked to contend with for simple submissions illustrates just how tough it will be to develop a global climate agreement by the end of 2015.

Nearly 200 countries will have to agree on a final text that is not likely to be finalised until six months before the Paris meeting where a deal could be signed.

That process is now gathering pace, putting governments with limited resources at an acute disadvantage.

Offering advice “requires familiarity with the process and the politics, and that’s quite time consuming”, says Bavishi.

He cites the example of a UN agreement on a new loss and damage mechanism, which could one day see climate vulnerable areas compensated if they are hit by extreme weather.

The final text was agreed in 2013 at the end of a UN summit in Warsaw, after days of wrangling over whether rich nations would face a huge bill for global warming.

The result, admits Bavishi, was a text that left most happy, but also a little unclear what had been agreed.

“There’s no reference to the word compensation but each of the developed and developing world can use that document to claim, on the one hand, no compensation and on the other, the door is open to compensation in the future,” he says.

More recently, Nierinck was involved in advising some countries over their Intended Nationally Determined Countributions (INDCs) which will form the basis of pledges ahead of Paris in 2015.

It is still unclear what will be included in these offers, aside from a variety of promises to curb greenhouse gas emissions.

Nierinck spent an hour with Yamuna in Bonn running through various permutations, discussing what possible baseline years for CO2 cuts could be and whether they would be economy-wide or limited to the power sector.

“If the structure isn’t there then countries will put forward their own nationally determined pledge which has no comparability, and then we’re back to Copenhagen, which is people just chucking in random numbers,” he says.

This issue, along with the draft text for the main agreement are likely to take up most of the two weeks the UN has set aside for negotiations in Lima next month.

Then there is the thorny issue of whether a final deal will be legally binding, and if so at what level?

The current basis for talks, the Durban Platform, was concocted at around 3am on a Sunday morning in December 2011, at the end of a UN summit already running 48 hours over.

Formulated by the EU, China, India and the US, it makes reference to a some form of legal outcome in Paris. Vague enough to please everyone at the time, that obfuscation has come back to bite negotiators and lawyers alike.

“I’m hopeful, but nothing has really taken shape,” says Yamuna.

Nierinck is more forthright: “Technically you could have a COP decision which encourages parties to do things nationally, and encourages them to bring them about with legal force.

“Precisely what it means is anyone’s guess… but the way it’s lining up at the moment and the way the chairs are trying to steer the process, they are making their feelings felt, and I think people are gravitating towards a protocol.”

These are questions that will eventually need answers if a deal is to float.

And for some poorer countries the ones offering answers will likely be a disparate bunch of lawyers far from the action, trying to make some sense of one of the most tortuous set of talks the UN has ever witnessed.

“The usual competition between law firms is set aside,” says Goldberg.

“This is for a particular cause and we all work together to make that possible, because this is a completely asymmetric position.”