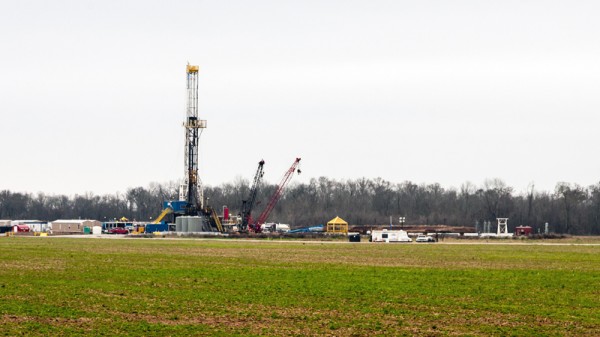 Fracking wells may release cancer-causing chemicals into the air, a community science study has found.

While based on a small number of samples, the study published in Environmental Health adds a new set of potential health threats to fracking’s rap sheet.

The findings “can be used to inform and calibrate state monitoring and research programs,” he added.

The practice of hydraulic fracturing, or fracking, to release shale gas has unleashed a cheap fuel boom in recent years.

It has brought a range of environmental concerns, from the global warming impact of methane leakage to water contamination.

But there have been fewer studies of air pollution caused by fracking.

The latest research takes 35 “grab air” samples from 11 sites across five states. People living nearby were asked to collect samples when they saw heavy industrial activity or felt unwell.

The researchers also monitored for formaldehyde in 41 “passive” tests.

In 16 of the grab samples and 14 of the passive tests, lab analysts found hazardous chemicals at concentrations exceeding official minimum risk levels.

These included benzene and formaldehyde, which raise the risk of cancer, and hydrogen sulphide, which smells of rotten eggs and causes eye and respiratory tract irritation, fatigue, loss of appetite, headache, irritability, poor memory and dizziness.

“We explored air quality at a previously neglected scale near a range of unconventional oil and gas development and production sites that are the focus of community concern,” said Carpenter.

He stressed the study highlights the “worst-case concentration” of these substances, not the average exposure.

But it presents further ammunition for campaigners keen to block new fracking sites, as the US midterm elections draw near.

The findings came as a shale gas company announced plans to frack in the UK’s capital.

London Local Power has applied for licences to explore three blocks of land, including one that borders on the prime minister’s base in Downing Street.

Director Nick Grealy insisted there were suitable sites even in the densely populated city.