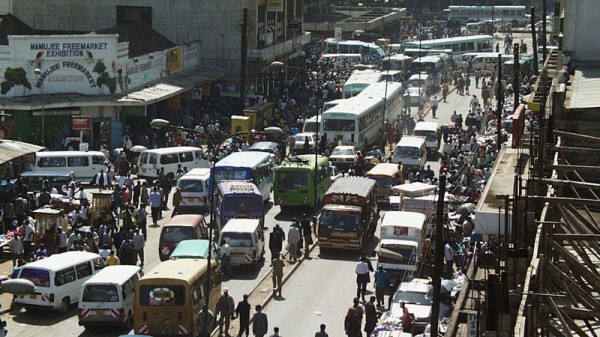 Traffic in Nairbo is expected to double by 2020 (Pic: rogiro/Flickr)

African countries have moved closer to a cleaner, greener system of cars and public transport after ministers adopted a continent-wide sustainability strategy today.

Ministers and officials from over 42 countries across Africa signed on to a new framework for the transport sector, aiming to promote the use of low emissions vehicles, develop quality public transport and increase investment in clean technology.

This will take place alongside Africa’s 50-year development plan, Agenda 2063, which lays out the intention to dramatically improve transport links across the continent in coming decades.

UN secretary general Ban Ki-moon, who attended the three-day Sustainable Transport in Africa conference, highlighted the importance of putting this expansion into a sustainable context.

“Your commitment to develop and maintain reliable, modern, sustainable and affordable infrastructure in both rural and urban areas is in line with the emerging African Agenda 2063 and the associated Common African Position on the post-2015 development agenda,” he said.

Among the UN’s proposed post-2015 sustainable development goals is the aim to provide everyone in the world with sustainable and accessible transport by 2030.

With 3% of the world’s motor vehicles, Africa has some way to go to make transport accessible to all.

According to the World Bank, transportation is responsible for around 23% of global CO2 emissions caused by burning fuel. Rapid urbanisation, including in Africa, means that CO2 emissions from transport are on the rise.

In the Kenyan capital of Nairobi, rapid urbanisation means the car fleet is predicted to double in the next six years, causing pollution which could endanger the health of thousands.

Nairobi’s air pollution levels can be up to seven times the maximum WHO guidelines. Near the central business district, where pollution from vehicles is highest, this doubles.

In sub-Saharan Africa, urban air pollution is estimated to cause roughly 49,000 deaths per year, much of which is a result of transport pollution.

Kenyan president Uhuru Kenyatta said that the continent’s development plan “requires that we do things differently to achieve our vision of an integrated, prosperous and peaceful Africa”.

Options to reduce emissions from transport include electric vehicles and a more energy efficient fleet – but these can be difficult to access for countries with some of the poorest inhabitants in the world.

This would, he said, “transition its transport sector into one that is more resource-efficient, environmentally sound and cost-effective for its ambitious and increasingly mobile population.”