Scientists will need to sift through over 200 comments, ranging from grammatical errors to strategic concerns 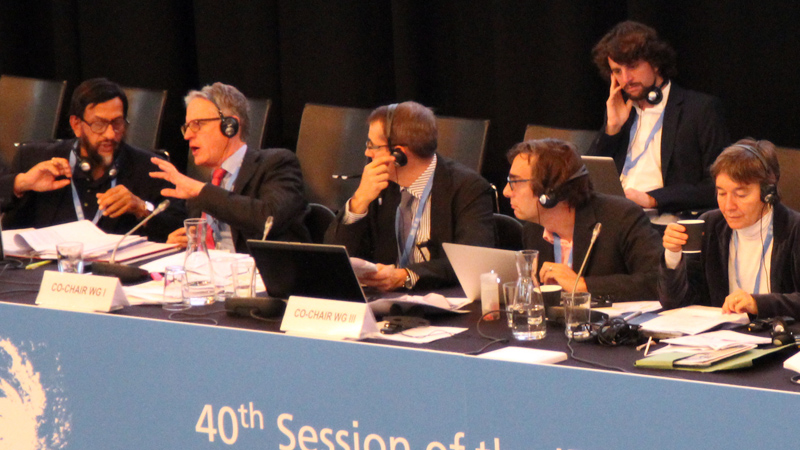 An exquisite form of torture is taking place this week in Copenhagen.

Over 500 delegates from 120 countries are working through a complex 100-page document that outlines the latest scientific understanding on climate change.

Officials are checking each page, line by line, and discussing whether the findings make sense.

Changes must be approved by consensus between government representatives and participating scientists. This is where politics and science collide.

The result of these endeavours will be the Intergovernmental Panel on Climate Change Synthesis Report, the final part of a mammoth six-year project.

It is likely to be one of the most carefully analysed documents this year and could determine economic and energy planning for next 20 years.

A final draft seen by RTCC says there is “unequivocal” evidence of change around the world, with potentially “irreversible” impacts if greenhouse emissions continue to rise.

But with three days of debate to go, the draft may yet change. A deluge of government reviews seen by RTCC offers a sense of priorities in capitals around the world.

Below is a taste of the variety of views from 181 pages of comments, which the IPCC is expected to address before Sunday. The comments have been copied directly, typos and all.

They reveal fears the dangers of climate change are not clear enough, that politicians will find the report too hard to read and a reassuring consensus that grammar is still important.

The text has improved much from the earlier draft. However, the SPM still falls short of an actual synthesis and it does not provide a very good integration of the assessments of the three IPCC Working Groups. Rather, it still gives the impression of largely a copy-paste composite. [Government of Sweden]

This document should be prepared so as to be effective for the people who will only read the gray boxes. This report is a story, of what happens if we don’t act, and what can happen if we do… it should be an effective story. [Government of United States of America]

This number tells very little. Is 0.1 much or little? [Government of Finland]

Does “unequivocal” mean “virtually certain”? If appropriate, defined uncertainty terminology should be used. [Government of United States of America]

SPM 1.3 This sentence is too generic and sounds obvious. Needs to be more explicit [Government of India]

What is the logical connection between the two sentences? [European Union] Headline 2.1

“unprecedented in at least 800,000 years”: Really? How certain? [Government of United States of America] Headline 1.2 SPM

This would be good to write out in terms of what the information means, in less scientific language. [Government of Sweden]

How long is “ever”? [Government of United States of America]

How is “unequivocal” defined? Is it “virtually certain”? [Government of United States of America]

What is meant by “consequential impacts”? [Government of United States of America]

What does “fractions of the global population” mean? Suggest considering whether there is a more clear way to state this. [Government of Canada]

Misestimate is not a real word. Underestimate or mistake would be more accurate in this context. [Government of Ireland] SPM 3.1

[SPM 3.4] This is a key section with information very relevant to policy makers. Clear information on:

Should be provided and not hidden in supporting text and diagrams. The section is currently quite long and would better be split into two sections; the first on where we need to be to reach 2C and the second on where we currently are. The headline statements below could then reflect this new split [Government of United Kingdom of Great Britain & Northern Ireland]

One of the important co-benefits of climate change mitigation action, e.g. on emissions from the transport sector, is improved air quality. I would suggest making this explicit: “Co-benefits arise when investments in adaptation or mitigation can be managed to yield increased welfare from improved economic growth, public health, air quality or infrastructure.” [Government of United Kingdom of Great Britain & Northern Ireland]

There is low confidence in the scientific understanding of the small observed increase in Antarctic sea ice extent due to the incomplete and competing scientific explanations for the causes of change and low confidence in estimates of natural internal variability in that region. From WG1 SPM page 19 [Government of Saudi Arabia]

This figure is for the period 1951 to 2010. Warming was lower during the more recent period 1998 – 2010. This should be clearly indicated in this graph. [Government of Saudi Arabia]

“Plants cannot move”: this may seem odd unless there is a qualifier such as “naturally” or “by themselves”? Please check whether such an addition would be appropriate. [Government of Belgium] PM 2.3

Editorial correction: The phrase “take account of” should occur only once in this sentence. [Government of New Zealand]

Eliminate one of the two “take account of”. [Government of Switzerland]

typo: delete “take account of” as it is written twice. [Government of Ireland]

Referring to “of take account”: to delete. [European Union]

Editorial: delete “take account of” because these words have been repeated. [Government of Austria]

“take account of” is dublicated, one of them should be removed. [Government of Turkey]

I have zoomed 150% in the pdf and have a huge monitor. The figure has a low resolution which makes it hard to read on paper. The sea level has rised so there is an erosion impact on western Europe soft coast which is not shown [Government of Denmark]

Table SPM.2: Please reconsider the use of colours in this table. [Government of Norway]