Forest carbon projects turn to consumers in quest for cash

Stand for Trees campaign will open up forest carbon market to ordinary people, as well as governments and corporations 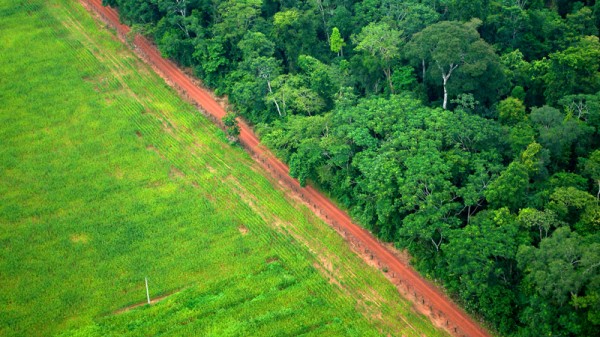 Even the staunchest advocates of the UN’s forest protection programme admit that “carbon cowboys” damaged its credibility.

The idea of REDD+, which stands for reducing emissions from deforestation and forest degradation, was to pay communities to protect forests and lock in carbon, but some unscrupulous operators were caught conning indigenous people and buyers alike.

Meanwhile, deforestation continued apace, causing somewhere between 11% and 20% of the world’s greenhouse gas emissions, depending on who you talk to.

Now, there are two certification schemes and project developers are keen to show they can help people and the environment, if they can only raise the money.

At a London meeting of participants in the REDD+ scheme on Wednesday, there were more sellers of forest carbon credits than buyers.

But there are plans to extend the market to ordinary consumers as well as corporations and governments, through an initiative called Stand for Trees.

Due to launch by Valentine’s Day 2015 and backed by US Aid, it will allow people to buy forest carbon credits on their smartphones.

Greg Barker, climate envoy to the UK prime minister, told delegates he was more optimistic about REDD+ now than two years ago.

“Progress on REDD+ so far has been too slow. That money is taking too long to flow and not enough incentives are in place for this to work,” he said.

“But there is now a real push to make this work and learn the lessons of the last few years. This is no time to back away from this programme.”

The UK government has already contributed more than half a billion pounds to the scheme.

It backed the New York declaration on forests, which aims to halve deforestation rates by 2020 and eliminate the problem by 2030.

Last month’s seminal New Climate Economy report estimated the global value of all these “ecosystem services” at US$16.2 trillion in 2011.

“The current markets don’t reflect anything close to that true value,” said Barker. “Due to that market failure, deforestation continues at an alarming pace.”

An area of forest the size of western Europe disappeared last year.

Pressure on the land is increasing as demand for commodities such as palm oil, meat and timber grows.

In an aside, Barker promoted the meat-free Mondays campaign, noting that a lot of forest gets cleared for cattle ranching.

REDD+ aims to create a market for carbon credits to protect forests.

As a voluntary market with limited activity, it has yet to establish a universal price for those credits.

A tonne of forest carbon can be worth anything between US$3 and $18, according to one delegate.

Increasingly, project developers are aiming to do more than just preserve carbon.

Most of the schemes are in developing countries, where logging or oil palm farming is a tempting economic opportunity.

Almir Narayamagoya Surui, chief of the Paiter Surui in Brazil, has a leading role in one such project.

The Surui Forest Carbon Project is expected to prevent 242,000 tonnes of carbon dioxide emissions a year. It is certified by the Verified Carbon Standard.

It also has Gold status under the Climate, Community and Biodiversity Standard, which checks the project is boosting biodiversity and reducing poverty.

The project has involved working with the likes of Brazilian cosmetics company Natura, which bought some of the first carbon offsets.

As the relationship with business developed, it opened up new lines of trade in sustainable forest products.

“It just shows how much this can benefit everyone,” said Almir.

He was critical of the Brazilian government, which is seen as cooling on forest protection.

Brazil’s deforestation rate increased in 2013 for the first time in a decade.

The latest data from Brazilian NGO Imazon suggests the destructive trend is continuing into 2014.

In August, Imazon reported 437 square kilometres of forest were razed, 136% more than the same month in 2013.

At New York’s climate summit last month, president Dilma Rousseff highlighted a 79% reduction in deforestation over the past decade.

“Brazil does not announce promises; in Brazil we show results,” she said.

But the country did not sign up to the New York declaration on forests. Environment minister Izabella Teixeira told AP Brazil had not been consulted.

“In my country, I can see that many politicians think the environment is a barrier to the development of the economy,” said Almir.

“We understand that the environment is just as important as other sectors of the economy.”