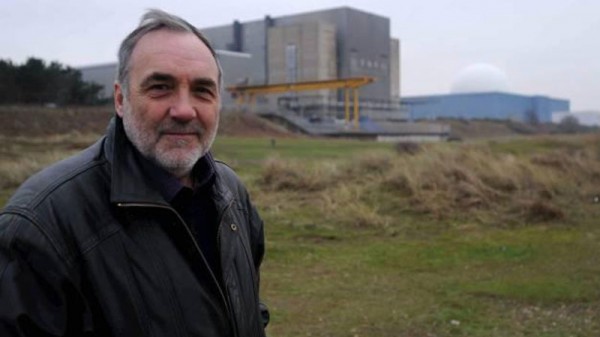 In the 1970s, Pete Wilkinson was battling to save seals and whales from slaughter and trying to protect the planet from pollution, especially the dumping of nuclear waste.

Today, at the age of 67, he is still campaigning − and sometimes taking on his former colleagues.

This is because Wilkinson believes that some pressing environmental problems have been neglected as more and more resources have been diverted to the campaign to cut carbon emissions. Issues related to climate change – such as habitat loss, water shortages, and over-population − need far more attention, he says.

Today, he is giving the second David Bellamy Lecture at the Royal Geographical Society in London. It coincides with him launching his autobiography – which includes taking a sideswipe at Greenpeace, the organisation of which he was the co-founder in the UK.

Wilkinson does believe that climate change is a seriously pressing issue, but he warns that concentration on limiting carbon emissions, to the exclusion of many other inter-related issues, is a mistake.

His book, From Deptford to Antarctica, begins with his early days in Friends of the Earth, and subsequently the founding of Greenpeace in the UK, at a time when climate change wasn’t even on the environmental agenda.

He says he “lived on fags, beer and fish and chips” for the first eight years of Greenpeace, before running a successful campaign to prevent mining in the Antarctic and getting the continent declared a World Park. The campaign involved seven annual four-month voyages to the Antarctic to refurbish the Greenpeace base. The book includes some of his unabridged diaries about the struggles involved.

It is an entertaining read because he is as honest about his own shortcomings as he is forthright about those of his friends and foes.

In the 1980s, before he went to Antarctica, he was instrumental in stopping the UK dumping nuclear waste in the Atlantic. Thirty years later, he is still working on the nuclear issue.

He says: “We have still not solved the problem of what to do with nuclear waste, so how can the industry claim that it is carbon free? After all, how much carbon will be emitted building a repository for all that waste? 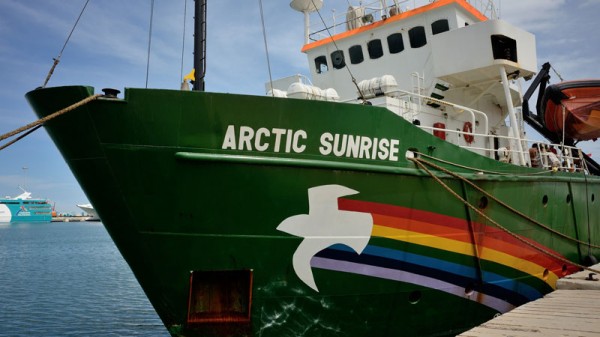 The Arctic Sunrise became Greenpeace’s most famous ship after it was held in Russia following the arrest of its sailors, the ‘Arctic 30’ protesters (Pic: Chesnot Jérôme/Flickr)

“The British government’s claim that nuclear power is carbon free is one of the great myths of the climate change debate. It might be carbon-free at the point that the uranium is being burned in the reactor, but what about when the uranium is mined in some far-off country, transported here, and turned into nuclear fuel?”

He believes that giant nuclear power stations are the wrong energy solution, and that the key to dealing with climate change is to dismantle national grids and go for micro-technology and energy efficiency.

Wilkinson also believes that carbon dioxide is not the only threat to the atmosphere. As director of the Nuclear Information Service, based in Reading, England, he works on disarmament issues and believes that Britain’s intended investment of £100 billion in a new fleet of Trident submarines is both a waste of money and, if their multiple warheads were ever used, a crime against humanity.

“In fact, if nuclear weapons were used in any war, just of a few of them, the climate change we would be worrying about would be a nuclear winter,” he says. “So the issue of nuclear proliferation and the potential for nuclear war is an issue for environmentalists too.”

Wilkinson left Greenpeace in the 1990s and has since served on a number of government bodies consulting on nuclear waste and other environmental issues. He is passionate about the public’s right to know the facts, so that proper democratic decisions can be made.

When he began working for Greenpeace, he was paid the same wage he would have received if he was on unemployment benefit, and the whole budget was run on a shoestring.

The first ship he bought was a £5,000 former trawler that had been used as a fisheries research vessel, and he is critical of the current management of Greenpeace for spending £14 million on a new ship. “They lack vision and imagination,” he says. “They could have spent that money on campaigning.”

His autobiography is full of insights into the early green movement and how it took on the establishment. Just as in those early days, Wilkinson does not keep his opinions to himself. “I hope my friends are still speaking to me after they’ve read the book,” he says.