US$3 trillion investment needed by 2040 to provide electricity to fast-growing population, but challenges persist 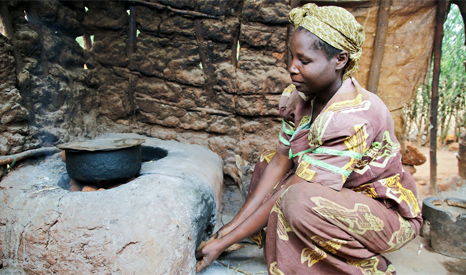 Without adequate supplies of electricity, many Africans rely on open fires for cooking and heat (Pic: Rosso Nuri/UNHCR)

Africa’s energy resources are being pillaged by European and US companies while millions on the continent still lack any access to electricity.

According to the International Energy Agency, for every three dollars directed towards sub-Saharan African energy schemes, two dollars go towards extracting fossil fuels for overseas markets.

It says investment patterns have to change for African countries to stand a chance of connecting their fast-growing populations to their national grids.

While the West and emerging Asian markets benefit from Africa’s oil, gas and coal, more than 50% of people living in Nigeria, Angola, Ethiopia, Tanzania and Kenya have no power.

He added: “It is an energy issue, but also a security issue, and maybe beyond it, we believe a moral issue for all of us.”

Lacking grid access, more than 60% of sub-Saharan Africans have no alternative but to burn wood, vegetation and animal waste for fuel.

The smoke this generates leads to 600,000 premature deaths a year. This makes energy-related deaths more lethal than malaria, and the second largest killer on the continent after HIV-AIDs.

The findings were published in the IEA’s Africa Energy Outlook, which sets out a pathway for the region to develop its energy potential by 2040.

“Look at the Ebola crisis – having energy brings multiple benefits for healthcare. It is a huge and important issue,” she said.

Many states were “not yet able to meet the aspirations of citizens”, she added, calling for a radical shift in the way governments developed their energy policies.

Even if energy supplies did increase, she predicted 500 million Africans could still lack electricity by 2040.

The IEA projects energy demand will grow by 80% in the next three decades, as the economy quadruples and the population hits 1.75 billion.

Oil and gas will meet a large chunk of that demand, it said, but wind, solar and hydropower could meet 45% of the total capacity by mid-century, although it warned future climate impacts may hit hydro capacity.

“Almost all the potential is currently untapped,” he added.

Development on these lines would lead to an incremental increase in Africa’s greenhouse gas emissions to 1.2 gigatonnes in 2040, with the continent’s global share rising from 2% to 3%.

By mid-century Africa’s economies are likely to be half as carbon intensive as they are in 2014, said the IEA, reflecting a decline in energy-intensive industry.

Radical reforms of African energy sectors are essential, said the IEA, if it is to attract the estimated US$3 trillion investment needed to boost capacity by 2040.

These include better transparency with revenues from oil and gas sales, a commitment to address power outages due to faulty equipment and cross-border cooperation.

“The climate funds could be helpful, but I don’t think this will be the main issue. What is needed is to attract private investors,” he said.