After three strong quarters for investment in clean energy sources, 2014 is on track to recover from a two-year dip 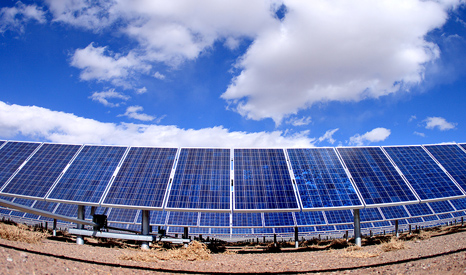 In the first nine months of 2014, global investment in clean energy amounted to US$175 billion, according to Bloomberg New Energy Finance.

That was 16% up on the same period in 2013, representing a rebound after two years of decline.

Michael Liebreich, chairman of the advisory board at Bloomberg New Energy Finance, said: “It is heartening to see investment heading for an up-year in 2014 after two down-years, thanks in large part to the greatly enhanced competitiveness of solar, and to some extent wind.

“However, there is no room for complacency because clean energy investment of between $200bn and $300bn a year is not large enough to herald the rapid transformation of the power system that experts say is required if the world is to see a peak in CO2 emissions around 2020. There is still too much policy instability holding back investor confidence.”

The Chinese solar sector had a record third quarter, with investment of US$12.2 billion. That was up from US$8 billion in the previous three months.

In Europe as a whole, however the US$8.8 billion was the lowest quarterly result in over eight years.

The UK scene was “notably weak” as “policy uncertainties took a toll”, the analysts said, with just US$789 million of investment in Q3, down from US$3.1 billion a year earlier.

“We would expect to see a broader range of countries and technologies attracting investment in the billions of dollars in the fourth quarter, traditionally the busiest of the year for clean energy.”