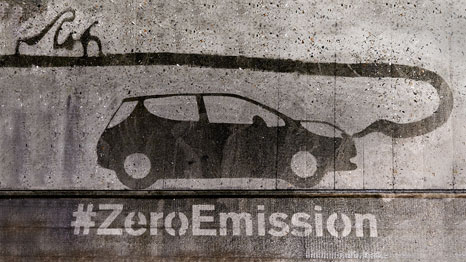 It may come as a surprise to Londoners to learn that not all walls are actually black.

Air pollution is the problem that a “reverse graffiti” artist is seeking to highlight in a new London mural, created by washing away the dirt ingrained in the city’s walls.

London has the worst air pollution in the UK, causing around 3,000 people to die prematurely every year. Recently, the air on Oxford Street was found to have the highest recorded levels of pollutant NOx on the planet. The primary culprit is London traffic, which spews particulate matter over the city’s busiest streets, turning them black.

The work was commissioned by Nissan to highlight the benefit of electric cars like its LEAF model in creating cleaner cities. And the image was drawn with a pressure washer powered by the LEAF’s car battery.

“I’ve been using reverse graffiti for fifteen years now, in fact I named it,” said Moose.

“My whole ethos is about highlighting the amount of pollution we endure daily using a very positive harmless method that never fails to ask questions about what we accept and what we shouldn’t accept in our environment.” 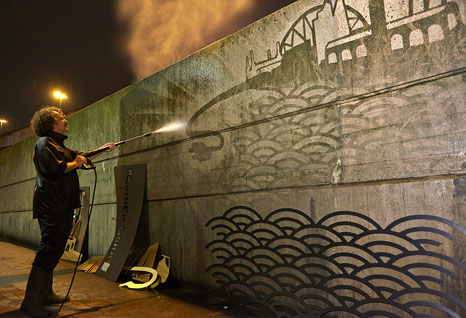 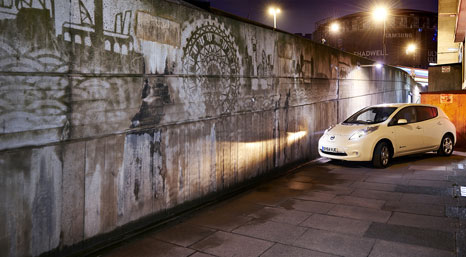