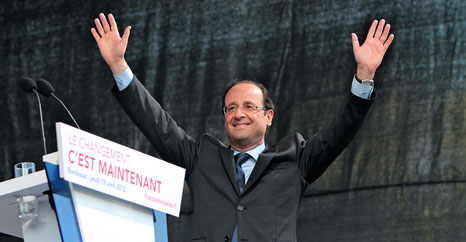 Seven countries pledged a total of US$1.3 billion to the Green Climate Fund at the UN Climate Summit yesterday – a boost, but only a fraction of the start-up capital needed.

France made the biggest donation, pledging US$1 billion to the fund. Switzerland, Denmark and Norway also made pledges of $100m, $70m and $33m respectively. Luxembourg pledged $6.4m, with a further $5.5m from the Czech Republic.

The Green Climate Fund was set up under the UN in 2010 to channel the $100 billion that rich countries have promised to provide to developing nations every year from 2020.

Countries have widely agreed that the fund needs $10-15 billion by December, when the next UN climate conference takes place in Lima, to be credible.

Half of the money collected by the fund will help countries adapt to climate change impacts, with the other half helping them to reduce their emissions.

The fund has collected $2.3 billion in total, when taking into account earlier pledges from Germany and Sweden.

#GCF watchers: updated chart of progress 2 $15b. Just over $2.3b in the kitty now http://t.co/wuBoAuoEoi #climate2014 pic.twitter.com/aCQJGfIVee

Developed countries are expected to lay out their full contributions to the fund in November.

Norway’s prime minister Erna Solberg said the country would increase its contribution at this time.

Although developing countries are not obliged to donate, both South Korea and Mexico made pledges at yesterday’s summit, worth $100 million and $10 million respectively.

South Korea’s $100 million pledge includes the $50 million it has already channeled into the fund. The country has a particular interest in the fund’s success, as it is where the new bank is located.

Six other countries committed to pledging money soon, including the Netherlands. Dutch prime minister Mark Rutte said his country was “keen to contribute”. Japan’s prime minister, Shinzo Abe, was “considering the possibility” of giving to the fund.

Tim Gore, head of climate policy at Oxfam, said the pledges were not enough.

“After four long years, the cash is starting to land in the Green Climate Fund albeit at little more than a trickle. All eyes are now on those yet to stump up, including the US, UK, Australia, Canada, Japan and New Zealand, and on the devil in the detail of those pledges made today,” he said.

Quamrul Chowdhury, the lead negotiator for the least developed countries at the UN climate talks, said on Twitter that the summit had “dashed expectations like Copenhagen in 2009”, with the lack of finance partly to blame.