7 areas of climate action at the UN climate summit

UN summit sees pledges on forests, food security, finance and more. We provide an overview of some key promises 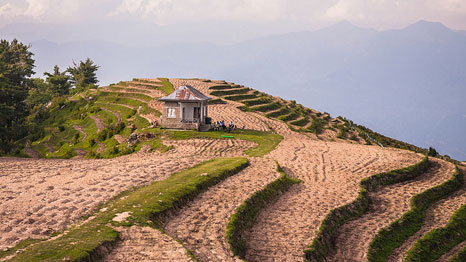 Feeling overwhelmed by the UN climate summit and its outcomes?

We’ve summarised some of the main action areas where governments, business and civil society have pledged new action on climate change.

Over 20 governments and 30 organisations have announced new actions to ensure food security by joining the UN’s Global Alliance for Climate-Smart Agriculture. This coalition seeks to create food systems that are more resilient to global warming, as well as reduce the emissions associated with agriculture.

Specific actions include pledges from Walmart, McDonald’s and Kelloggs to increase the amount of food in their supply chains that are produced with climate smart approaches.

The World Bank announced that 100% of its agricultural investment portfolio would be climate-smart by 2018.

More than 130 governments, companies civil society and indigenous people have endorsed a New York Declaration on Forests, pledging to cut forest loss in half by 2020 and completely wipe it out by 2030. It also calls for the restoration of more than 350 million hectares of forests and croplands.

Combined, this could avoid between 4.5 and 8.8 billion tons of carbon dioxide every year by 2030, or the equivalent from removing one billion cars from the road.

To this end, more than 20 companies, including Krispy Kreme and Dunkin Donuts, have committed to using only deforestation-free palm oil. Several of Europe’s largest countries have likewise agreed to develop new procurement policies to ensure that palm oil, soy, beef and timber are all sustainably sourced.

Leaders from governments, finance and investment announced that they will mobilise US$ 200 billion by the end of 2015 in support of climate action.

Announcements encompass both a mix of public and private funding, including pledges from donor and developing countries towards the Green Climate Fund, giving a significant boost to efforts to mobilise a promised $100 billion per year from 2020.

Developed and developing countries pledged billions of dollars, while on the private finance side, commercial banks announced they would provide $30 billion in new climate finance by the end of 2015 by issuing green bonds and other financing instruments.

Over 50 countries and 500 companies also came out in support of carbon pricing.

Governments, energy companies and green groups have joined forces to reduce the emissions of short-lived, but extremely potent, greenhouse gases.

Five announcements were made today, aimed at reducing methane, soot and HFCs.

A new oil & gas methane partnership aims to provide companies with a cost-effective way to reduce their methane emissions. Signatories include ENI of Italy, Norway’s Statoil Group and the BG Group. Major oil producing countries on board include the US, UK, France, Norway and Russia.

Meanwhile, more than 25 cities committed to develop action plans to reduce short-lived climate pollutants from the waste sector by 2020.

A coalition of leaders from government, business and civil society announced they would scale up two initiatives to expand access to clean and renewable energy in Africa and small island states.

The Africa Clean Energy Corridor aims to expand the portion of renewable energy used by the in eastern and southern Africa from its current 12% to at least 40% by 2030.

The Small Island Developing States Lighthouse Initiative will boost clean energy, aiming to mobilise $500 million and install about 120 megawatts of renewable energy in these countries by 2019. This will deliver a cleaner energy mix to around 4.7 million people.

For instance, a new Urban Electric Mobility Initiative was launched today, aiming to increase the number of electric vehicles in cities to at least 30% of all new vehicles sold every year by 2030, and develop the recharging infrastructure to support them. The initiative is supported by Michelin, BYD, Mahindra Reva, as well as UN-Habitat.

The International Union of Railways, meanwhile, launched the Low Carbon Sustainable Rail Transport Challenge. This will see its 240 members – including the major railways of Europe, China, Russia, India and the US – trying to meet targets of emission reduction of 50% by 2030 and 75% by 2050.

A new global Compact of Mayors was launched today, which brings together over 2,000 cities in an alliance intended to help curb greenhouse gases. This Compact creates a standardized reporting process and a public data portal, allowing for better collaboration among city networks.

Over 200 of the cities included in the Compact already have strategies in place for greenhouse gas reduction, which will see them reduce their emissions by 454 megatons by 2020.

Other announcements include a City Climate Finance Leadership Alliance, launched by about 20 partners including the World Bank and Bank of America. This intends to stimulate investments in low carbon and climate resistance infrastructure in cities across low- and middle-income countries.