Ban Ki-moon’s summit next week is a chance to alert financiers to climate risk, but will they get the message? 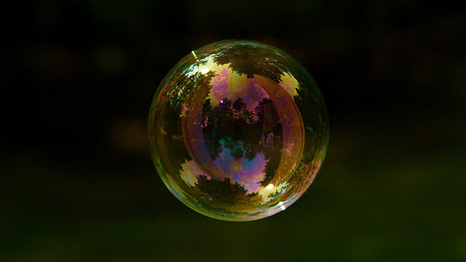 To tackle climate change, the vast quantities of cash tied up in fossil fuel assets needs to flow into low carbon sectors.

For some, the only route to a green economy is the overthrow of capitalism. Naomi Klein is the latest to articulate this view and it plays well with the political left.

Meanwhile, the Carbon Tracker Initiative is playing a different game. It is using the language of finance to show coal, oil and gas are poor investments on capitalism’s own terms.

For these pioneers of the “carbon bubble” concept, next week’s climate summit in New York presents a unique opportunity to inject that message into mainstream thinking.

On Monday the CTI will launch its latest study, focused on the financial risks faced by coal investors.

While oil bosses have dismissed its analysis as “alarmist”, it has a logic the financial sector can ill afford to ignore.

“You are not making a climate or moral argument, it is a financial argument,” CEO Anthony Hobley tells RTCC.

In its flagship report, the CTI showed that avoiding dangerous climate change means 80% of the world’s known fossil fuel reserves cannot be burned.

It follows that the companies planning to sell all those fossil fuels have been systematically overvalued, creating a “carbon bubble”.

If and when the bubble bursts, investors – as well as energy companies – will be in trouble. These include pension providers and insurance firms.

This makes it crystal clear investment in fossil fuels is not just a concern for environmentalists, but for anyone who hopes to enjoy a comfortable retirement.

And these stocks make up a large part of the financial market, so a crash could have knock-on effects that are hard to predict – as with the subprime mortgage crisis.

The idea has gained currency among sustainable investors and the financial press, but has yet to attain equal footing with other financial risks.

Hobley explains: “We want to get past the usual suspects and to the hardcore analysts and asset managers.”

As UN secretary general Ban Ki-moon hosts heads of state next Tuesday, alongside business and civil society leaders, the CTI will be targeting three sectors.

There are the usual suspects, the NGOs. Then there are mainstream investors and analysts, many of whom would never normally go to climate events. Finally, by invitation only, is a round table at the New York Stock Exchange for regulators and guardians of the financial system.

Environmental campaigners need no convincing that climate change is a problem. What the Carbon Tracker analysis gives them is an authoritative set of numbers to build arguments for action.

Share Action is pushing this agenda with its green light campaign, which seeks to mobilise savers and pension holders to lobby for divestment.

And a growing number of institutions such as universities, local authorities and religious groups have signed up to go Fossil Free. They pledge not to put their money into climate polluting companies.

Of those who care about sustainability, Hobley says, “our brains are wired slightly differently to most people’s, so we care more about the long term.

“We failed to translate the issues into the language of our audience in a way that is relevant to now, not five years’ time or ten years’ time.”

That is what the CTI aimed to do for oil companies and their investors in May. It is set to release a similarly detailed analysis of the coal sector on Monday in New York.

Here the talk will be of “cost curves” and regulatory risk. That, rather than climate science and the ideological battles surrounding it, is what matters to investors.

Some greens are absolute in their opposition to fossil fuels. The CTI is pragmatic, working with the idea there is a carbon budget that should be spent wisely.

“There is a budget and there is still a place for fossil fuels in the budget,” says Hobley.

That means continuing to exploit some of the cheaper and less polluting fossil fuels, while avoiding more costly ventures.

The upshot, that four fifths of fossil fuel reserves must stay in the ground, is a hard enough pill for the industry to swallow.

Shell reassured its shareholders CTI was being “alarmist” and most oil companies cast doubt on the likelihood of politicians acting decisively to limit emissions.

They maintained oil demand will continue to grow, while insisting they took climate change seriously.

This is “a classic case of Orwellian doublethink”, Hobley says. “All of them responded in a high school debating fashion, which was to try and define the issue we were talking about very narrowly.”

And while defiantly unthreatened by climate policy, oil companies are happy enough to predict the demise of their commercial rivals in the coal sector, he adds.

The upcoming coal report is unlikely to contradict them on that score, at least.

“Coal is a considerably more disparate and fragmented industry than oil and gas. The big companies have already diversified, so they have options. It will be the smaller coal players who are most exposed.”

As it happens, investors are already worried about the financial performance of oil and coal companies, albeit not necessarily for reasons of climate risk.

It is getting harder and harder to find cheap oil, driving companies to expensive – not to mention environmentally damaging – ventures in tar sands and Arctic.

Such projects count on a future oil price of more than US$100 a barrel: a big gamble for investors.

And oil companies have traditionally been a haven for the type of institutional investors, such as pension funds and insurers, that are duty-bound to play it safe. They must be able to pay out when you retire or get flooded.

Meanwhile, the global coal price has slumped in the past three years and the value of mining companies with it.

In the US, coal has suffered from competition with shale gas, while in China demand growth was slower than expected as the authorities acted to curb air pollution.

“We are going with the grain. A lot of analysts have already been questioning the capital discipline of these companies,” says Hobley. “They [the companies] have done what they always did, but the world is changing.”

Schroders is one asset management firm that is engaging with the issue.

In a briefing note to fund managers, it accepts the arithmetic that underpins the carbon bubble concept.

“If the world’s governments and society are serious in their commitment to avoid 2C warming, then there is a significant carbon bubble in the world’s stock market today,” it says.

However, it shares the oil companies’ scepticism that risk will materialise in the short or medium term, noting “political commitment to date has been very poor”.

What is more, pension funds are bound by rules that make it difficult for them to simply pull out of fossil fuel stocks.

As Bloomberg highlighted in a recent report, no other sector presently rivals the generous dividends, scale and liquidity of energy stocks.

Green funds need to scale up massively to provide a viable alternative to the US$5 trillion oil and gas sector, the report said.

This systemic inertia means that even if investors agree that there is a carbon bubble, they cannot shift away from fossil fuels overnight.

That is why it is not just a problem for individual investors and the CTI wants to get financial regulators to pay attention.

They can help make energy companies disclose relevant information so investors are fully informed of the risks.

It is in the nature of a financial bubble that you only know for sure there is one when it bursts.

Developed economies are only just recovering from the last such event, when the US subprime mortgage market came tumbling down in 2007 and 2008.

Later, the Federal Reserve would be accused of ignoring the warning signs. As lender of last resort in the US, it is supposed to monitor and guard against threats to the system.

From RTCC’s inquiries, it is not clear the regulators are listening to these warnings either.

A spokesperson for the Federal Reserve Board declined to comment on the carbon bubble analysis, or even say whether the Board was considering it.

The Bank of England, which performs a similar function in the UK, had expressed a view only in response to a parliamentary inquiry.

Deputy governor Sir Jon Cunliffe told MPs the Bank does not see the carbon bubble as a threat to financial stability.

This was followed by a letter from governor Mark Carney, who said market contacts had not raised it as a concern. He agreed to monitor the situation and discuss it with the government’s Committee on Climate Change, however.

Walley was “surprised” at this attitude, she wrote back, having heard evidence from academics, analysts and investors to the contrary.

Michael Liebreich of Bloomberg New Energy Finance told the committee there could be “some rather messy adjustments” when investors realise energy companies are overvalued.

The trigger could be an oil price drop or sudden policy change, he said.

And Stephanie Maier of Aviva Investors said the Bank of England had a responsibility to investigate the potential impact.

Maier said: “We do not want to see a point where you fall off the cliff and these assets become devalued. You want to find a way to understand the true value of these assets.”

The subprime mortgage crisis is a recent cautionary tale. But are there any positive examples of the market recognising a potential bubble and avoiding it?

Hobley laughs – he cannot name one. “It doesn’t really fit with human nature,” he admits.

“We don’t want a bubble situation. We are trying to provide the financial analysis so there is transparency of the problem and we can deal with it.”

The best case scenario is that negotiators strike a deal in Paris next year to limit global temperature rises to 2C, the politically agreed “safe” threshold. That sends a clear signal to the market, prompting a smooth transition from brown energy to green.

The “nightmare”, Hobley says, is that politicians never get their act together and the world heads for a “catastrophic” 6-8C of warming.

Most likely, in his view, is that leaders continue to drag their feet on emissions cuts and leave action to the last minute, by which time it will be more expensive.

Next week’s meetings will give some clue as to whether capitalist institutions are prepared to work towards the first scenario.

If not, they will find revolutionaries eager to take the matter out of their hands.