Oil industry can be ‘solution’ to climate change says Figueres 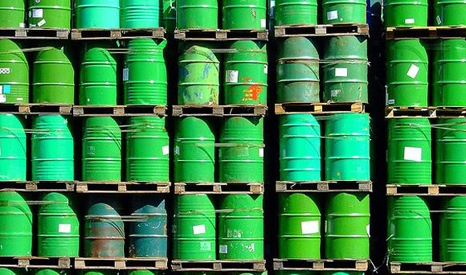 The UN’s climate chief has appealed to the oil and gas industry to become the solution rather than the problem to addressing the causes of global warming.

In a speech today at the London headquarters of IPIECA, the industry’s association for environmental and social issues, Christiana Figueres said she wanted fossil fuel companies to drive investments in renewables and technologies to capture and store carbon dioxide.

“We need, and are undoubtedly moving towards a new, sustainable energy mix. What is exciting is that the oil and gas industry can actually be part of the solution,” she said.

Figueres told the audience of oil executives a “stark reality check” awaited fossil fuel companies who ignored the problem, citing the ‘carbon bubble’ concept of fossil fuel reserves that cannot be used if the planet is to avoiding heating to dangerous levels.

“Continued investment in high-cost, high-carbon projects is already beginning to negatively affect the bottom line of fossil fuel companies, even before considering stranded assets scenarios,” she said, arguing that three quarters of fossil fuel reserves need to stay in the ground.

“The highest CO2 concentration in over 800,000 years is potentially an unmanageable systemic risk not only to the environment but also to the global economy.”

Figueres added that rising interest in unconventional sources of fossil fuels like shale gas had to be linked with investments in carbon capture and storage (CCS) systems, and greater efforts to reduce methane leakage from fracking sites.

The speech is the latest in a series the UN’s lead climate official has given in the past 12 months, targeted at the fossil fuel industry and investors.

Last November on the sidelines of a UN summit in Warsaw she told a gathering convened by World Coal they needed to face “climate reality” and invest in CCS or face oblivion.

And in January Figueres told an investors meeting in New York fund managers risked breaking their “fiduciary duty” by continuing to back oil and gas projects, calling on them to factor in climate impacts when choosing companies to back.

The UN’s climate body is currently coordinating a complex set of negotiations involving nearly 200 countries aimed at delivering a global emissions reduction agreement by next December, which would limit warming to below 2C.

A vital part of that process is convincing governments and heads of state that there are viable alternatives to traditional sources of energy, as well as reassuring developing countries they will receive funding to help develop cleaner electricity networks.

Shell’s 2013 Sustainability Review indicated it is increasingly concerned about the impact a global deal would have on its profits, warning shareholders it would need to explore “economically viable” and “publicly acceptable” ways to reduce its carbon emissions, or face a downturn in business.

BP’s report, published a week later, called for regional and national carbon pricing policies to tackle emissions, but dismissed concerns over a ‘carbon bubble’, arguing it “oversimplifies the complexity of the issue and overstates the potential financial impact”.