Yeb Sano sails to the Arctic in “clarion call” for climate 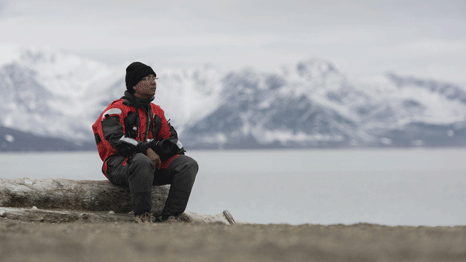 Yeb Sano, the poster boy of climate change, has been in the Arctic.

After seven days of sailing and exploring, the Filipino climate change commissioner is back in Norway, where he speaks to RTCC about his trip.

The picture he paints is of a frozen land of Arctic foxes and ivory gulls – but also a land that is melting away before his eyes.

He evokes the isolation of Longyearbyen, which at 78 degrees latitude is the world’s northernmost town – but also marvels at its high speed internet connection, the friendliness of its surprisingly substantial Filipino community, and the impacts that its condition will have across the world.

And this is the crux of the Arctic problem. While most people are unlikely to ever lay eyes upon this frozen world, it is far from the desolate region that exists in the imagination.

As ice cover retreats due to climate change, it has become a stage for human activity, with shipping routes opening and oil companies chasing newly available resources.

Meanwhile, the impact of ice disintegrating into the ocean as the climate warms is having an impact on communities both local to the Arctic and as far away the Philippines.  A warmer Arctic raises sea levels globally and changes weather patterns around the world.

“The reason I was so excited to join this expedition was because coming from the Philippines and experiencing a massive intense typhoon like Haiyan, this was kind of connecting the dots for me,” said Sano.

Next week, the challenge of joining these dots will be confronted by world leaders, who will meet in New York under the baton of the UN secretary general Ban Ki-moon to discuss new action on climate change.

Sano drew the world’s attention at the UN climate talks last year when he delivered a tearful speech in Warsaw following super typhoon Haiyan, which killed over 6,000 people in his country.

Since then, he has fasted for a few days every month in what has snowballed into a global movement to provoke climate action. The trip to the Arctic is another way he hopes to draw attention to the fragility of the region and its global repercussions.

“The intention for the trip was to raise the clarion call for the protection of the Arctic from both the climate impacts as well as being able to protect the region from further oil drilling and the stop the mad rush for more fossil fuel exploration,” he explains.

More than that, the Greenpeace-sponsored trip had a powerful personal impact, he says, giving him an opportunity to see the impacts of climate change in the Arctic first hand.

“One of the most powerful images I saw during the trip was I was standing next to a glacier, on a precarious piece of rock, just in front of one of the biggest glaciers we went to, and a massive chunk of the glacier fell off and dropped into the sea.

“It created this massive wave, like a miniature tsunami, coming towards us. For me that was a powerful image to see ice break off like that. That’s thousand year old ice, a big chunk of it just breaking of. That’s an image that will always be in my head. I was shocked at the event,” he recalls. 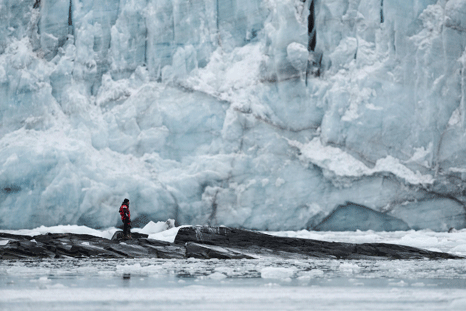 Sano is not the first celebrity to don his thermals and head north. This year, UN Secretary General Ban Ki-moon and serial period drama star Emma Thompson have both travelled to the Arctic to promote climate action.

They have good reason. The Arctic is particularly vulnerable, warming around twice as fast as other regions in the world, due to the diminishing reflective ice (a phenomenon known as “Arctic amplification” which is further explained by NASA).

The most recent UN science report predicted that the Arctic could be completely ice free in the summer by mid-century, unless action is taken to reduce greenhouse gas emissions.

But the other reason that the Arctic dominates the climate story is that it has become the “iconic” emblem of a warming world, says Sano.

It is a place where the impacts of climate change can be clearly marked on a map as the sea ice shrinks year-on-year, reaching historic lows in 2012. 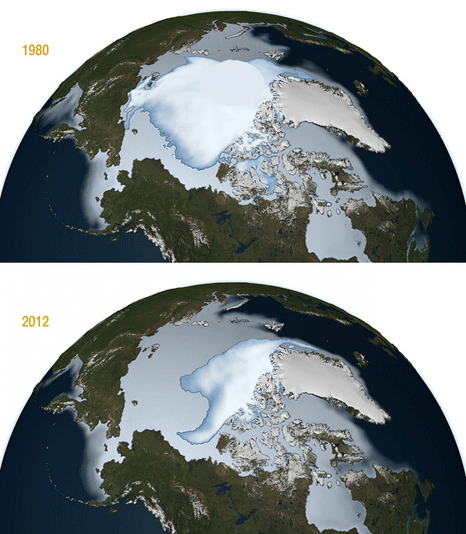 “We need to tell stories. We have thousands of scientific reports that provide evidence but people understand stories better, especially with images,” he says, adding that in his country the impacts of climate change are still poorly understood.

“For people in the Philippines to see these images and hear these stories, it’s a powerful message. It’s empirical as well as emotional and I think it gets to anyone’s heart who sees it.”

Armed with a portfolio of photos and videos, it’s a story Sano will relay to the millions of Filipinos who’ll never see the Arctic themselves, but whose futures depend on its predicament.