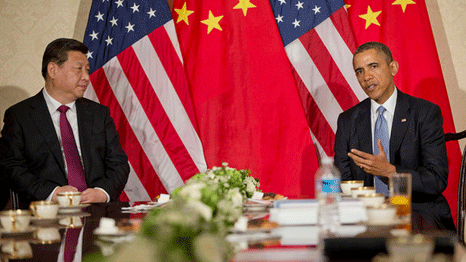 China’s president Xi Jinping has decided not to attend a critical UN climate summit hosted by Ban Ki-moon later this month, according to reports.

The China Dialogue website says he will send another senior official to the day-long gathering of heads of state, NGOs and business leaders, which Ban announced a year ago.

Officials in Beijing have yet to confirm Xi’s absence, which one source suggests is linked to a lack of any invite from the White House for further meetings in the US.

Xi joins a small but growing list of significant leaders who will not make New York. India’s Narendra Modi and Germany’s Angela Merkel have also said they won’t attend.

UK prime minister David Cameron is likely to make a late decision on travelling based on the results of a referendum on Scottish independence.

This is the man who will represent China at the Ban Ki Moon climate summit this month. Ranked at China’s no. 5 spot. http://t.co/d1HXhEW1Wf

US president Barack Obama has confirmed he will participate, but the absence of Xi is likely to be keenly felt at the UN, given China’s status as the world’s largest greenhouse gas polluter.

While the summit is not part of the UN’s formal set of negotiations on developing a global solution to climate change, officials hope it can foster a new sense of momentum among leaders.

Countries are set to agree a draft text outlining how a climate treaty could work by December this year, ahead of a 2015 meeting in Paris when it is set to be signed off.