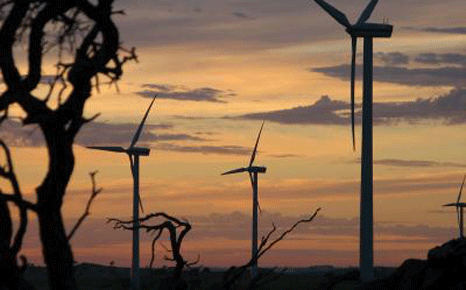 Growth of the renewable energy sector is under threat from policy uncertainty, the International Energy Agency warned on Thursday.

Investment in clean sources of energy is a key plank of global efforts to cut carbon emissions and tackle climate change.

Yet expansion of the clean power market is set to slow after 2014, the authors found. It could fall short of delivering the generation needed to meet climate change objectives.

“However, just when they are becoming a cost-competitive option in an increasing number of cases, policy and regulatory uncertainty is rising in some key markets.”

The price of renewable technologies is falling in many cases, making generators less dependent on high subsidies.

However, developers bear most of the cost up-front, to be repaid over several years. To get finance, they need predictable returns, van der Hoeven explained.

“Many renewables no longer need high incentive levels. Rather, given their capital-intensive nature, renewables require a market context that assures a reasonable and predictable return for investors.

“This calls for a serious reflection on market design needed to achieve a more sustainable world energy mix.”

The barriers to investment are different in developed and developing countries.

In Europe, the climate and energy policy framework to 2030 is still under negotiation. The existing strategy runs to 2020.

Draft proposals included a target to get 27% of energy from renewable sources by 2030. National leaders are set to sign off the package in October.

There is also uncertainty about plans to reinforce the European grid to accommodate renewables with variable output.

In non-OECD markets such as China, which account for 70% of renewables growth, there issues with availability of finance, grid capacity and non-economic barriers.

In Brazil, onshore wind has outbid gas-fired power stations in auctions while in northern Chile, an unsubsidised solar market is taking off.