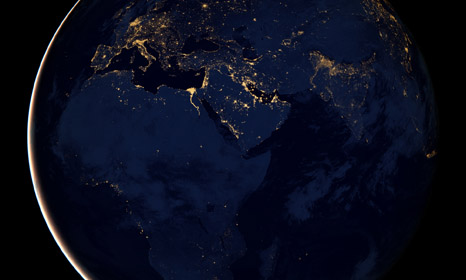 Bloomberg New Energy Finance (BNEF) reports 1.8GW of renewables, excluding large hydro projects, will be commissioned in 2014. This is expected to rise significantly in the next few years.

The three largest markets for utility-scale renewables are South Africa, Kenya and Ethiopia, which have longer term plans for nearly 6GW of solar PV, wind and geothermal installations.

“The joker in the pack for the Sub-Saharan region is likely to be rooftop and other small-scale PV, which has the potential to enjoy explosive growth in Africa’s towns and cities and also in rural areas not connected to the grid,” he said.

Historically attracting finance for projects in Africa has been difficult, with many investors avoiding the region due to fears over corruption and a lack of transparency.

According to BNEF this is starting to change.

Other major investments include the 310MW Lake Turkana Wind Power scheme in Kenya, which has been backed with a US$650 million loan from the African Development Bank and Standard Bank of South Africa.

The UN’s Green Climate Fund, which is expected to start work early in 2015, is likely to offer one financing path for African countries eager to boost their renewables capacity.

The World Bank has also pledged US$5 billion in support of energy projects in Ethiopia, Ghana, Kenya, Liberia, Nigeria and Tanzania, with a goal of exploiting hydropower resources. Africa currently uses just 8% of its hydro potential, compared to 85% in Europe.

According to World Bank figures, around 600 million people in African countries have no access to electricity. The continent currently has the same generation capacity of Vietnam.