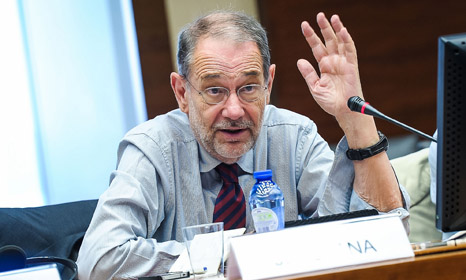 Local and national efforts to address climate change are more likely to succeed than any UN initiative, according to former NATO secretary general Javier Solana.

The veteran diplomat, who was also Spain’s foreign minister from 1992-1995, argues in opinion blog Project Syndicate that “only science” will offer an effective solution to rising levels of greenhouse gases.

“Top-down governance approaches have been useful,” he writes, adding “the most recent UNFCCC [the UN’s climate body] summits have revealed the limits of this approach.”

Citing China’s pilot emission trading schemes, Uganda’s pursuit of solar energy and the pacific island of Tuvalu’s goal of carbon neutrality, he argues real ambition to tackle climate issues is only evident at a country level.

But he says the huge number of organisations tasked with addressing the world’s economic and environmental problems means people “often no longer know who is in control”.

And he calls for a “wholesale structural overhaul” of global governance structures to involve developing countries.

“This issue comes to the fore most frequently in the case of shared global problems, such as climate change,” Solana says.

“Simply put, the international order must be reformed and adapted to the economic rise of countries like India and China.

“The recent agreement among the BRICS countries (Brazil, Russia, India, China, and South Africa) to establish a New Development Bank and a contingent reserve arrangement is a clear signal of this thirst for change.”

Nearly 200 countries are involved in talks on a global deal to limit warming to 2C, a level deemed safe by the UN.

An agreement is due to be signed off in Paris next December.