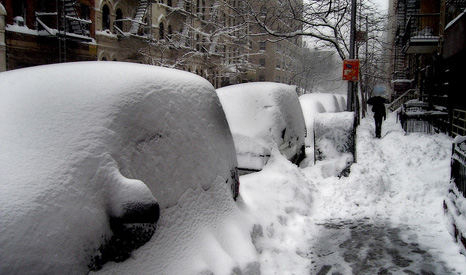 It will still snow sometimes in a warming world
(Pic: Flickr/dickuhne)

It’s snowing – does this mean global warming is a hoax?

Variations on this question pop up with depressing regularity, prompting scientists to patiently explain the distinction between weather and climate.

Short term fluctuations in atmospheric conditions are one thing, they say; the long term warming trend observed through thousands of scientific studies is another.

It is ironic then, that scientists are increasingly merging the weather and climate disciplines. As the science progresses and computing power makes ever more complex models possible, barriers between the two subjects are breaking down.

“The underlying science that describes the climate systems as a whole is very closely linked to the weather. We are running into many of the same issues.

“The user wants to have information about the risks of weather and climate in the future. The distinction is in the scientific community.”

Terblanche is calling from Montreal, where some 1,000 scientists and experts are gathering for the first World Weather Open Science from 16 to 21 August.

These will include those concerned with the applications of weather and climate information as well as the hard core of scientists who produce it.

From water supply to disaster management and insurance, there are all sorts of sectors reliant on quality information about future rain, wind and sun.

Historically, they have looked to weather forecasters, but increasingly need to plan for longer term trends.

They want to know not only when a hurricane is on its way, but how weather patterns are likely to change in the coming decades.

While it is still “very difficult” to attribute individual weather events to climate change, “there is a shift in the frequency to what we observe,” says Terblanche. 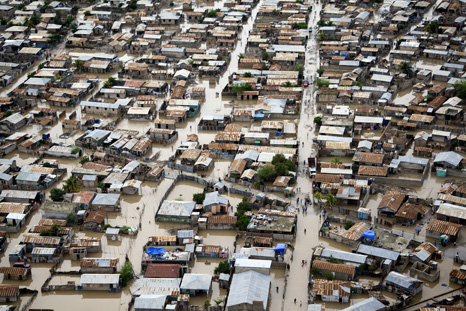 That is important when it comes to building infrastructure, for example.

Weather forecasts have improved dramatically in recent years. A five-day forecast today is as reliable as a two-day forecast was 20 years ago, according to the WMO.

Accurate forecasts save lives. Early warning systems can help people get out of the way before heavy weather hits.

Yet while such improvements are helping to prevent deaths from weather disasters, the economic damage continues to rise.

In the US alone, climate change could halve crop yields and submerge property worth $500 billion according to a recent report backed by former US Treasury Secretary Henry Paulson.

“We are becoming more vulnerable,” says Terblanche. “It is a combination of more people, more investment in infrastructure and climate change.

“This is probably an indication the global population still does not fully consider climate information when they design and invest in infrastructure.

“We need to design cities that really take into account weather and climate much more comprehensively.”