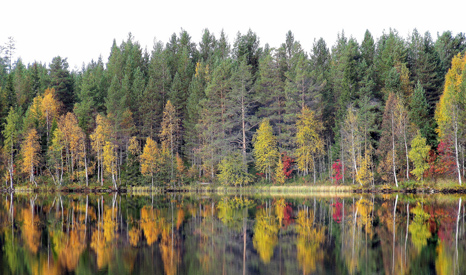 Climate change is here, it’s happening now, and for the last few decades it has been demonstrably bad news for many of Europe’s forests.

An international team of researchers say in a report from the European Forest Institute that climate change is altering the environment, and it is long-lived ecosystems like forests that are particularly vulnerable to the comparatively rapid changes occurring in the climate system.

The report, published in the journal Nature Climate Change, shows that damage from wind, bark beetles, and wildfires has increased significantly in Europe’s forests in recent years. Windthrow −  the wind’s effect in damaging or uprooting trees − is an increasing problem.

“Disturbances such as windthrow and forest fires are part of the natural dynamics of forest ecosystems, and are not a catastrophe for the ecosystem,” says the study’s principal researcher, Rupert Seidl, senior scientist at the University of Natural Resources and Life Sciences, Vienna.

“However, these disturbances have intensified considerably in recent decades, which increasingly challenges the sustainable management of forest ecosystems.”

The authors show that damage caused by forest disturbance has increased continuously over the last 40 years in Europe, reaching 56 million cubic metres of timber annually in the years from 2002 to 2010.

Analysis of scenarios for the decades ahead suggest this trend will continue, with the study estimating that forest disturbance will increase damage by another million cubic metres of timber every year over the next 20 years.

The study says this increase is roughly equivalent to 7,000 football fields’ worth of timber. The authors say climate change is the main driver behind the increase. Forest disturbance did not increase much beyond present levels in their simulations while climate conditions remained stable.

They estimate that forest fires will cause increased damage on the Iberian peninsula, with damage by bark beetles increasing most markedly in the Alps. Wind damage, they say, is likely to increase most in central and western Europe.

What the climate does to the forests is not a one-way street, the study says. There is a strong feedback effect from forest disturbances on the climate system.

Europe’s forests are at present helping to mitigate climate change by absorbing large quantities of carbon dioxide. But the carbon lost from the increasing numbers of trees that are damaged or die could reduce this effect and reverse the positive impact of forest management measures aimed at reducing climate change.

So the increase in forest disturbance caused by the climate could simply make climate change worse. Management steps such as increasing biodiversity and thinning the forests to give them better protection can help to reduce these carbon losses and support the forests’ role in mitigating climate change.

But the authors say Europe’s forest managers will need to adapt to changing disturbances in order to keep the forests capable of functioning  to society’s benefit.