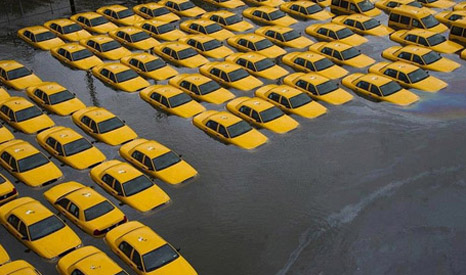 US economist Dr Frank Ackerman has written to Sussex University professor Richard Tol, saying he used  “a narrow distorting lens” when compiling a 2013 paper examining the impacts of climate change.

In a document published on July 21 Ackerman, who is senior economist at consultancy Synapse Energy and an MIT lecturer, wrote: “Tol’s 2013 review article, despite its appearance of objectivity, is founded on faulty selection of data and analyses, and contains interpretive flaws that make its facile conclusions unsupportable.”

Ackerman said the study, which was published in the Journal of Economic Dynamics and Control, was a “central building block” in Chapter 10 of the IPCC Working Group 2 report, published on March 31.

He added Tol ignored the potential for low cost climate mitigation strategies, and promoted economic growth scenarios that would lead to dangerous levels of global warming.

An advisor to the climate sceptic Global Warming Policy Foundation (GWPF) campaign group, Tol is one of the highest profile climate economists in the world.

Earlier this year he made headlines ahead of the IPCC Working Group 2 launch in Yokohoma after he branded its conclusions alarmist, and declined to be named on the headline Summary for Policymakers document. 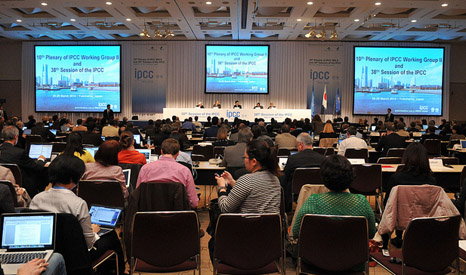 Produced every six to seven years, IPCC reports are a synthesis of existing research, and used by governments around the world to determine their climate change policies.

Earlier this week a panel of UK MPs determined the latest IPCC report was robust, and urged the government to accept its findings.

In an interview with RTCC, Tol dismissed Ackerman’s critique, suggested he had “not kept up with the literature” and had “poor reading skills”.

“Ackerman is throwing out allegations and insinuations without having checked whether what he is saying is feasible or correct or anything,” he added.

Speaking from the US, Ackerman told RTCC he decided to write the paper because he felt Tol was misrepresenting the views of the economic profession.

“He represents one opinion way over to one extreme of the economics profession and has been willing to try to bully people into silence and write endlessly about it when they disagreed with him,” he said.

The economists have a history of disagreements dating back to 2011. Ackerman has accused Tol of waging a campaign to discredit him, an allegation Tol strenuously denies.

Ackerman’s specific criticisms, detailed in the 8-page document, accuse Tol of using a small and selective number of studies to back his thesis, and of misrepresenting Ackerman’s own work on carbon prices.

“Tol’s repetitive and antiquated collection of 16 favourite studies fills one small shelf in the rapidly expanding library of research on global climate damages,” he said.

Ackerman said Tol used a “grab bag” of data to illustrate there are net benefits from warming between 0 and 2.25C, significantly higher than the 2C the UN wants to avoid.

“Though I have not yet determined whether Tol misrepresents other studies in this way, his offhand and inadequate representation of the results of my own work gives me cause for concern about the others,” wrote Ackerman.

The debate over the costs and benefits of addressing climate change cuts to the heart of current negotiations at the UN on developing a global agreement to curb carbon pollution.

Some governments are wary of adopting tough green policies, fearful of slowing growth. But many economists say curbing emissions will have a minimal effect on development, and has added co-benefits such as reducing air pollution.

The Stern Review on the Economics of Climate Change, published by the UK government in 2006, said the “benefits of strong, early action on climate change outweigh the costs”.

Tol disputes its conclusions, and says it inflated the damages climate change would cause.

Ackerman says he has no plans to raise his concerns with the IPCC, but Bob Ward, policy and communications director of the Grantham Research Institute on Climate Change, said that could be an option.

Ward, who has also published his concerns over Tol’s work in a series of blogposts, said the IPCC did not subject the Sussex University professor’s contributions to proper scrutiny during discussions earlier this year.

He also suggested Tol used his position as an IPCC lead author to allow his own research to dominate the chapter he was charged with editing.

“What he has done I think would constitute an abuse of the IPCC process,” Ward said.

Despite Ackerman’s allegations, Tol said he has no plans to release an official response or take legal action.

“There is nothing here to respond to,” he said. “This is essentially a baiting exercise to provoke me into suing him”.