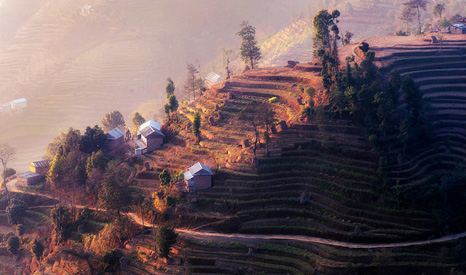 Climate-resilient varieties of rice could help to protect crop yields from the ravages of droughts and floods caused by the increasingly erratic weather patterns in South Asia.

Farmers badly affected by changing weather patterns in South Asia now have the opportunity to improve food security by planting new varieties of rice capable of withstanding the impact of both severe droughts and floods.

This is particularly good news for countries such as Nepal, where around 65% of its more than 26 million people are involved in agriculture. Rice is the country’s most important crop, planted on more than 50% of its arable land.

And it comes at a time when new research using satellite imaging has highlighted the growing need to change agricultural practices in South Asia as higher average temperatures cause the reduction of crop yields on the Indo-Gangetic plain.

Scientists say the new seeds, developed by the International Rice Research Institute in the Philippines and approved by the Nepal Agricultural Research Council (NARC), are vital in order to deal with changing weather patterns − in particular, the increasingly erratic behaviour of the all-important South Asia monsoon.

“These new varieties can really change the future of the country’s farmers,” says Dr Dil Bahadur Gurung, NARC’s executive director. “The new rice can, in most cases, beat the effects of droughts and floods. 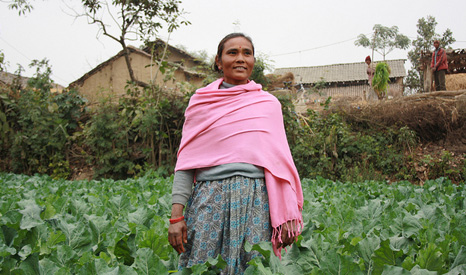 “All these varieties have been tested in Nepal’s soil and climate over and over again. If all the country’s farmers replace their traditional varieties with these new ones, the impact of climate change on our agriculture could be reduced considerably.”

Local scientists say the timing of the South Asia monsoon − the only source of irrigation for the majority of Nepali farmers − is changing.

“Each year, we see the monsoon arriving later,” says Mani Ratna Shakya, a leading meteorologist in Nepal. “The duration of the monsoon is also getting shorter as each year passes.”

According to Nepal’s Meteorological Forecasting Division, the monsoon − which usually arrives in Nepal during the first week in June − came 10 days late this year.

Droughts are becoming more frequent. This year, the monsoon is generally judged to be very weak, leaving a vast area of arable land parched, particularly in western parts of Nepal. And often, when the rains eventually do arrive, they are torrential, causing flash floods.

So far, NARC has approved six drought-tolerant varieties of rice, under the name Sukkha − meaning dry.

“Ordinary rice varieties dry out and die in droughts,” says Hari Krishna Uprety, a paddy expert at NARC. “The new seeds survive droughts even in the early stage of growth. And uncertainty about the onset of monsoon has made these varieties even more important.”

The new varieties still need water, of course, but they become more drought tolerant by being able to store energy during the early stages of their growth.

Two rice varieties capable of surviving flood conditions for up to two weeks have also been approved by NARC.

Although the experts are backing the introduction of the new seeds in order to combat an increasingly erratic climate, persuading farmers to change their cultivation methods is a difficult task.

Farmers are often reluctant to replace traditional rice varieties, which in Nepal tend to be specific to each part of the country, depending on soil conditions, elevation, and other factors.

The new seeds are no more expensive than the traditional ones, and farmers even get a 30% discount on seeds approved by NARC, but a factor that could hamper uptake is that distribution is through the National Seed Company, which is not yet reaching out to farmers in every village.

But scientists warn that the new varieties must be planted – not only to combat changes in climate, but also to feed growing populations. – Climate News Network