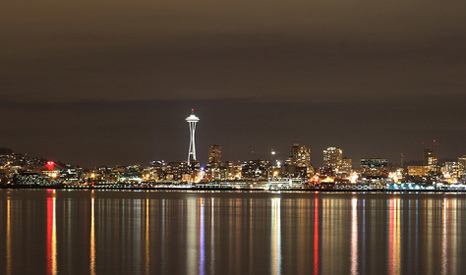 Washington appears to be the latest US state considering tightening its climate laws, with plans for a cap and trade system released on Monday.

“Building on the presentations provided at the last meeting by California and British Columbia carbon emission reduction program representatives, the contractor team will present information on design options of a cap and trade system and a carbon tax system with initial tailoring for Washington State,” it says.

The document suggests the northwest US state could link up with the Western Climate Initiative (WCI) trading scheme, which involves California together with the Canadian states of British Columbia, Ontario, Quebec and Manitoba.

“By joining with other jurisdictions, and harmonizing design features, Washington would better support similar industries facing similar carbon costs and incentives,” it says.

According to local media, this is Democrat Governor Inslee’s second attempt to develop a state level trading scheme.

A previous effort in 2013 was “deadlocked” after Republican and Democrat legislators tasked with enforcing carbon emissions reduction targets failed to agree on a way forward.

Washington leads the US in sourcing electricity from renewable resources, producing 29% of the country’s net hydroelectricity generation in 2013.

According to the US Energy Information Agency, geothermal sources in its volcanic Cascade Range could “produce about 2.5 billion kilowatt-hours of electricity per year”, enough to power 265,000 US homes.

The agreement committed the UK to sharing knowledge from Europe’s emissions trading scheme, and exploring how this could link with other markets around the world.