From the Arctic ice to the Amazonian rainforest, climate change is threatening the homes and traditions of indigenous people 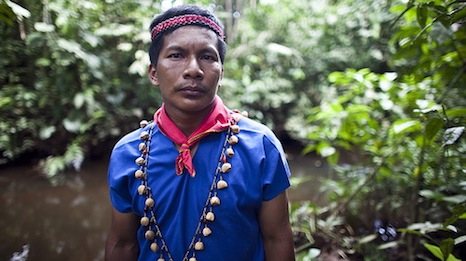 Due to their close ties to the land, indigenous people face particularly grave threats from the damage wrought by climate change.

Making up about 5% of the world’s population, these communities live sustainably and responsibly off the earth – yet they often life in poverty, and are marginalised and brutalised by those who want their land. Climate change is set to exacerbate these problems.

This week we’ll be focusing on indigenous people: their vulnerabilities, and how they’re helping in the fight against climate change. We’ll be hearing from tribes in the Amazon, about why indigenous people could be key to a UN climate deal, and on how traditional knowledge is preserving the landscape in Kyrygzstan.

To kick the week off, here are five reasons why indigenous people could suffer if efforts to stop global warming do not succeed. 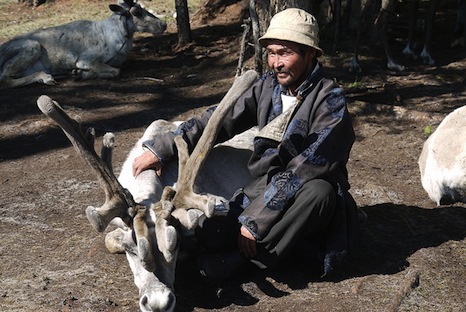 Millions of reindeer are cared for by indigenous people, but climate change is putting this at risk (Pic: WhatsAllThisThen/Flickr)

Over 100,000 indigenous people are reindeer herders. This ancient calling is practised in Alaska, Canada, China, Finland, Greenland, Mongolia, Norway, Russia and Sweden by around 20 indigenous groups who are responsible for some 2.5 million reindeer. For these people, reindeer form the economic, cultural, spiritual and social foundations of their lives.

But the cold areas in which these communities live are changing dramatically as climate change sets in. Snow is becoming unpredictable, and the ice and winds are changing, which is affecting the reindeer. Saami herders in Finland, Norway, Russia and Sweden have reported that their reindeer are falling through thinning ice, while the annual pilgrimage of the Nenets herders in the Russian Arctic was delayed because ice over the river was not thick enough to cross.

‘Many aspects of Saami culture– language, songs, marriage, child-rearing and the treatment of older persons – are intimately linked with reindeer herding,” said Olav Mathis Eira, an indigenous person from the Saami tribe. “If reindeer herding disappears, it will have a devastating effect on the whole culture of the Saami people.”

2. The glaciers can’t hold it together 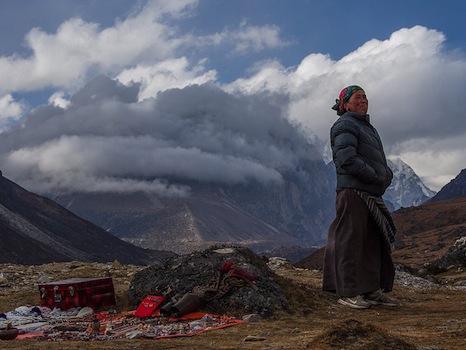 Sherpas in Nepal have protested about their thankless task of guiding mountaineers up Everest (Pic: EverExplore/Flickr)

Sixteen sherpas were killed in April this year when they were hit by an avalanche on Mount Everest. Living in the Himalayan Mountains of Nepal, this ethnic group are experts at scaling the rocky terrain and have long served as guides to less experienced adventure-seekers. While no single event can be attributed to climate change, such a task could become more risky as the planet warms, melting glaciers and potentially destabilising them, posing a stark choice between their lives and livelihoods.

This is not the only region where the decline of glaciers is threatening indigenous people. In the Caucasus, melting glaciers are threatening the agriculture-based lives of groups such as the Abkhazians. In 2002, an avalanche destroyed a city in North Ossetia in Russia.

“It’s Mother Nature who calls the shots,” Tim Rippel, an expedition leader, wrote in a blog post from Everest base camp. “The mountain has been deteriorating rapidly in the past three years due to global warming, and the breakdown in the Khumbu Icefall is dramatic. We need to learn more about what is going on up there.”

3. Home is no longer so sweet 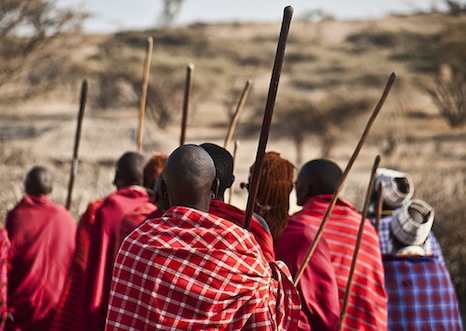 Groups like the Maasai will have to move to cities as climate change makes their nomadic lifestyle impossible (Pic: pullarf/Flickr)

Many indigenous people are being forced to relocate as their traditional lands become uninhabitable due to climate change. In Newtok, a village in Alaska, melting ice means the whole settlement is sinking, with its highest point – a school standing a20ft – could be underwater by 2017. Plans are currently afoot to move everyone to a new site called Mertarvik, but political conflicts and funding freezes means the future of this scheme is uncertain.

Far south, but in a similar predicament, are the indigenous people of the Pacific Islands, who face the prospect of having to migrate as rising sea levels swamp their homes. The UN has warned that the humanitarian impacts of this sudden dislocation could be severe, putting indigenous people at risk of human trafficking and smuggling, as well as discrimination due to their identity.

But villages don’t have to completely disappear to cause indigenous people to have to relocate. In Kenya, where desertification is changing grazing routes, nomadic indigenous groups such as the Maasai and Oromo, are being forced to move to the cities.

4. Renewable energy is part of the problem 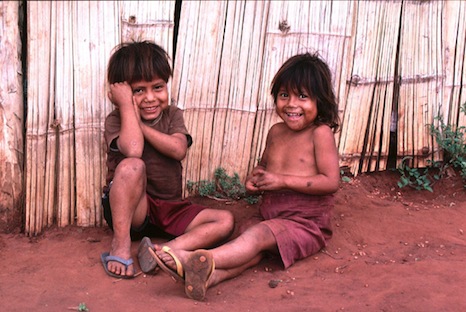 Members of the Guarani tribe in Brazil face an uncertain future as energy companies encroach onto their land (Pic: Nagillum/Flickr)

Indigenous people are used to conflicts over their land from oil and other mining companies, looking to exploit their traditional lands for resources. But now they face a particular catch-22, as their lands are now being targets as fertile ground to develop renewable energy, including biofuels and hydropower.

In Brazil, the Guarani tribe is helpless before the government’s drive for biofuels – a green alternative to fossil fuels, but which is being developed on the ancestral lands of the tribe. ‘The big sugar cane plantations are now occupying our land. Sugar cane is polluting our rivers and killing our fish. (It is increasing) suicides, mainly among young people, alcoholism and murder,’ said Guarani leader Amilton Lopez.

Malaysia faces a similar dilemma. An enormous project to build a dam to generate clean energy displaced 10,000 indigenous people, disrupting the hunter-gatherer lifestyle of the Penan, who now struggle to support themselves on tiny plots of land.

5. Their way of life is disappearing 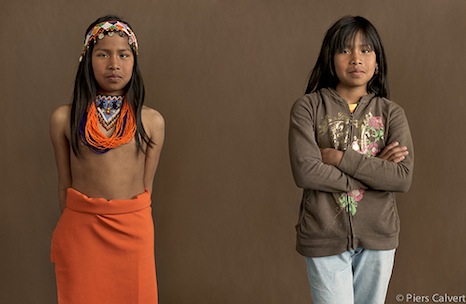 Cultures and traditions are being abandoned as indigenous people are displaced (Pic: AcnurLasAméricas/Flickr)

The lives and identities of indigenous people depend heavily on their close relationship with the land. As the land changes due to the warming planet, the way of life for indigenous people—their traditions and habits—are being destroyed. For these communities, climate change is not just a threat to the landscape, but to their human rights.

“The Samburu and Maasai peoples are the first communities to face and feel the effects of climate change, due to our closeness with the environment and distinct ways of livelihood that depend on access to land, natural resources and sustainable development. We face marginalization, forced adaptation and losing our identities,” said Jane Naini Meriwas from the Maasai community in Kenya.