Australia may have repealed its carbon tax, but the country’s biggest export markets are moving the other way 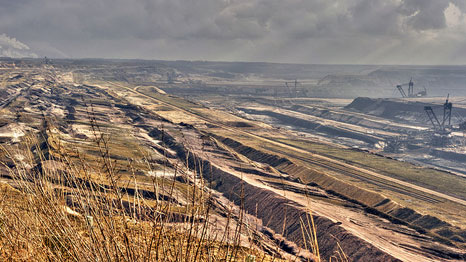 Australia’s decision to axe its carbon tax has been partly matched by new coal levvies imposed by India and South Korea, two of its biggest export markets.

South Korea plans to implement a tax on coal imports for power generation, while India’s coal levy will be doubled to Rs 100 per tonne, effectively pricing up the process of polluting.

Prime Minister Tony Abbott’s decision to axe the carbon tax was criticised by international politicians and environmental groups for doing away with the “polluter pays” principle, making it cheaper to burn coal.

But in India, the government is slowly moving in the opposite direction, despite its continuing chronic energy shortages.

While the country has yet to impose a full carbon tax, the government introduced a levy in 2010 on both domestically produced and imported coal, which is one of the most polluting fossil fuels.

The money this raises, called the “Clean Energy Cess”, will go towards projects to reduce India’s own carbon footprint.

“I propose to expand the scope of purposes of levying the said cess to include financing and promoting clean environment initiatives and funding research in the area of clean environment,” said India’s finance minister Arun Jaitley, launching the budget two weeks ago.

This means that India’s state owned coal company, Coal India, could end up shelling out $862m this year, according to Indian paper The Economic Times, while coal companies which import from abroad are also set to be impacted.

Indian companies Adani and GVK, who operate coal mines in Australia, will reportedly have to redraw their strategies due to increased costs of the Clean Energy Cess, making it cheaper to mine the coal in India.

Both Adani and GVK are looking to sell their stakes in their Australian coal mines following the budget, reports Indian financial news service IIFL.

The Indian government is looking to boost its solar energy resources in particular, with Rs 500 crores set aside in the recent budget for “ultra mega solar power projects” across four provinces, for instance.

South Korea is currently reviewing its own carbon market schemes after the country’s finance minister called it “flawed in many ways”.

The scheme is set to officially launch in January 2015.