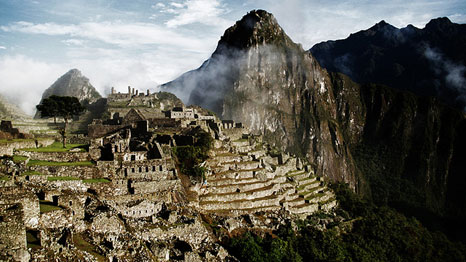 Peru has slashed environmental regulation in an effort to boost the economy, raising questions about its credibility as host of this year’s UN climate talks.

A law introduced this week is designed to revive the country’s flagging economic growth by promoting the mining industry.

Critics of the law say that it will weaken Peru’s environment ministry and set a bad example when negotiators from other countries arrive in Lima this December for a UN climate conference (COP20). It is the last major climate conference before Paris in 2015, when parties hope a new global treaty will be signed.

Manuel Pulgar Vidal, Peru’s environment minister and COP20 president, voted against the bill, which he described as a major setback for the country on climate change.

The law fast-tracks environmental impact studies to a maximum period of 45 days, reduces fines by the country’s environmental regulator, and removes the Environment Ministry’s authority over protected areas.

Over 100 environmental organisations, including WWF, the Sierra Club and Oxfam, wrote to Peruvian president Ollanta Humala Tasso protesting the law, which they said “rewards those parties who do not comply with current environmental rules in Peru”.

More than half of Peru sits within the Amazon basin. The rainforest reduces the impacts of climate change by absorbing carbon dioxide from the atmosphere, and is home to many indigenous communities.

The new law makes it easier for mining companies to exploit resources in this sensitive environment, which observers fear will lead to deforestation and damage local ways of life.

The extraction industries in Peru, which include mining for oil, gas, copper and gold, were responsible for 75% of Peru’s exports in the first half of 2012, and accounted for 5% of its GDP.

“The aim of this law is to stimulate economic growth. For Peru, that means the hydrocarbon sector,” said Helen Bellfield from the Global Canopy Programme, a group working on the protection of forests.

Much of this extraction takes place within Peru’s Amazon basin, of which about three quarters is divided up into oil and gas concessions.

Gladis Vila Pihue, president of the National Organisation of Indigenous Andean and Amazonian Women of Peru, told RTCC that that the new law would make it easier to displace their communities.

“Before this law, we had all the right criteria for companies to follow and there were still violations – to people and the environment. Now it will be worse,” she said.

“To give one example, when a mining company came to Huancavelica, many people came into the community to profit, and the money changed our lifestyle – we saw things we had not seen before, like prostitution and alcoholism.”

The UN has also expressed concern over the law, with resident coordinator Rebeca Arias stating in a letter that, for climate-vulnerable Peru, “a growth model driven by environmentally friendly investments is the only viable option for sustainable development”.

Peru’s Environment Ministry, established in 2008, has so far set a progressive agenda on climate change.

But observers worry that the dismantling of its environmental legislation suggests that it is still regarded as antagonistic to Peru’s development agenda. The government passed the new law as an emergency measure after growth in 2013 sunk to 5%, compared with 6.3% in 2012.

This attitude could prompt concerns that this year’s climate talks in Peru are not backed by the whole government, says Guy Edwards from Brown University’s Climate and Development Lab.

“In order to run a successful conference, the Peruvian presidency has to be a good host, demonstrate strong domestic climate action, facilitate the process and set the level of expectations for the conference,” he said.

“If we consider those four elements highly important for successful leadership, Peru, according to the detractors of this new law, has undermined its credibility on domestic leadership and damaged its ability to facilitate the negotiations.”

While the law has now been passed, activists hope to limit the damage.

“NGOs have been protesting and making several activities to bring this issue to the presidential level itself, which is in their view the person who can push back the package. But at this stage, it doesn’t seem to be a likely outcome,” said Enrique Maurtua Konstantinidis from the Climate Action Network’s Latin American branch.

In the long term, Peru’s forests are only likely to receive adequate protection if they are valued according to the benefits they provide to the planet and communities, says Rachel Mountain from the Global Canopy Programme.

REDD [Reducing Emissions From Deforestation and Degradation] is one UN-backed scheme designed to get rich countries to pay forest nations to preserve these natural resource. It has been slow to take off, due to a lack of finance and concerns over corruption and indigenous rights.

“If there was a functioning market for REDD and forests were valued then you wouldn’t get this issue around hydrocarbons and resources being seen as a premium,” said Mountain.

“It’s really dependent on the donor governments, the operationalisation of climate finance.”

The Peruvian government did not respond to a request for comment.