Europe must speak “with one voice” at global climate talks in Paris next year, says Finnish minister 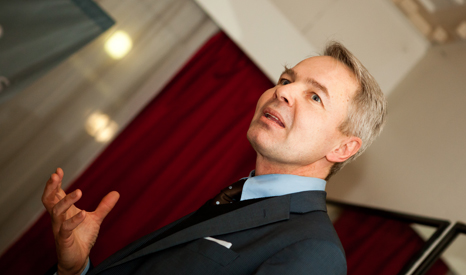 Finland’s minister for international development has issued a plea for European unity ahead of 2015, when the UN hopes to agree treaties on climate change and sustainable development.

Speaking on his return from a council of ministers meeting in Florence, Pekka Haavisto said it was vital the 28-state bloc spoke “with one voice” at global talks.

In the past the EU has been seen as a “climate leader”, setting ambitious goals to cut carbon emissions and driving investment in renewables.

But recent squabbles over the region’s 2030 energy strategy have left many questioning the EU’s global standing, with some member states arguing it should aim for shallower carbon cuts unless other major economies show similar willing.

“I can see the two trends in Europe among the ministerial council. One is for a stronger union and further integration – and then the other trend is less Europe and more states,” he said.

“At the council you easily see both directions are there I think it’s very unfortunate if Europe falls back to this, trying to solve problems on the basis of nations… I think definitely that time is over.”

European leaders are meeting in Brussels this week to discuss their choices for commissioners, the officials who run the EU’s major portfolios and direct policy.

Current climate commissioner Connie Hedegaard and energy chief Gunther Oettinger are both set to leave their posts later this year, once the EU 2030 targets have been signed off.

Much of the opposition to tougher climate action comes from eastern European states, who rely more heavily on coal and have less efficient economies.

Poland in particular has been a vocal critic of a proposed 40% greenhouse gas reduction target, while goals for renewables and efficiency are also still under negotiation.

Finland remained in the more ambitious bloc, said Haavisto, largely as a result from a business community that sees clean technologies as its future.

He indicated the country would continue to push for tough emission cuts on the back of its new climate change law, which came into force last month.

“My wish of course is that we would be very active, but given that we are coping with a coalition government with five parties, it’s not always easy to set goals, but for myself and Minister [Ville] Niinisto – the climate has been high on our agenda,” he said.

He added the country’s president will attend Ban Ki-moon’s climate leader’s summit on September 23, while a contribution to the UN’s Green Climate Fund has also been budgeted for, although he did not know how much it would be.