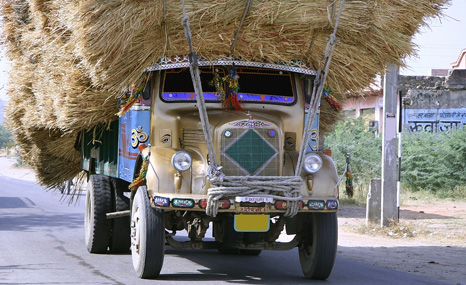 Russia has been blamed for the European Commission’s inability to offer support to the UN’s new Green Climate Fund, officials have told RTCC.

According to a senior member of an EU member state negotiating team, Russia has challenged the formal status of the EC as a party to be represented on the GCF Board.

Although eight member states have seats on the board, under EU rules, the bloc cannot contribute to a multilateral financial mechanism if it does not have a place on the decision making executive.

“The issue is quite serious,” the official added. Speaking at UN talks in Bonn last month, European climate commissioner Connie Hedegaard hinted that negotiations over the seat were ongoing.

On Thursday a source close to Hedegaard told the Euractiv news agency the commission “will not take part directly in the capitalisation” of the GCF.

Established in 2010, the fund finally became a living entity earlier this year, and its board is currently involved in talks over raising $15 billion by the end of 2014.

The EC decision will not prevent other member states from backing the GCF.

The UK, Norway and Germany say they will shortly reveal their pledges, while Euractiv reports French NGOs are expecting Paris to contribute €1bn over the next three years.

According to the International Renewable Energy Agency (IRENA), over $550 billion a year is needed to accelerate the deployment of clean energy systems.

China, Brazil and India appear to be holding off making any firm commitments to the GCF until they see what industrialised countries will offer.