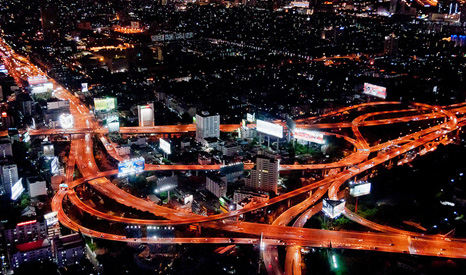 Over 200 cities worldwide are now actively reporting their climate risks.

A report released today by the London-based carbon reporting NGO CDP said that a 100% increase on the number of cities reporting on climate adaptation activities last year, indicating the seriousness with which local governments are approaching the dangers posed by rising sea levels, heat waves and resource scarcity.

Cities reporting on their vulnerability to climate change include London, Moscow and Johannesburg.

“Local governments are storming ahead to protect their citizens and businesses from the impacts of climate change, but further collaboration with business is needed to increase city resilience,” said Larissa Bulla, head of CDP’s cities program.

“Through the provision of information, policies and incentives, cities can help equip businesses to manage these risks and embrace the opportunities.” 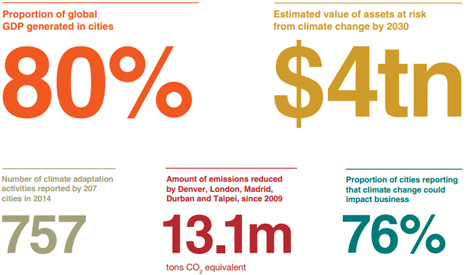 Cities are an important battleground for climate change action, as they generate more than 80% of the global GDP and consume more than two thirds of the world’s energy.

Currently, around 3.5 billion people across the world live in cities, and this is increasing. The director of the UN’s Human Settlement Program recently predicted that this could grow by a further 3 billion by 2050.

Of the cities surveyed, 76% believed that climate change was a threat to business.

The most serious problems they anticipated included damage to property and capital, impacts on the residents and employees, availability of raw materials, and the capacity of city infrastructure to deal with the changes.

Overall, the cities predicted that US$ 4trillion in assets could be at risk from climate change by 2030.

UN Secretary General Ban Ki-moon has invited mayors to take part in his landmark climate summit in New York in September in order to catalyse climate action at a municipal level.