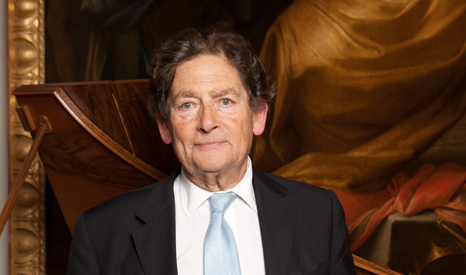 The likes of former Conservative chancellor Lord Nigel Lawson and his climate sceptic think-tank the Global Warming Policy Foundation (GWPF) are “fomenting dissent” on climate action, according to Huhne.

This is holding prime minister and Conservative leader David Cameron back from delivering on his earlier green ambitions, Huhne implied.

Addressing a solar industry conference on Monday, Huhne said: “Within the governing coalition, there are Tory supporters like the former chancellor Lord Lawson, who are actively fomenting dissent in this whole [green] agenda. And his Global Warming Policy Foundation believes that renewable subsidies are a waste of money.

“As a result of those snipers, the prime minister, who made his name hugging a husky and declaring that this would be ‘the greenest government ever,’ has put his tin hat on. He has yet to make a single major speech on renewable energy or on climate change.”

The speech, captured on video by the Solar Power Portal, was not the first time Huhne had taken on the GWPF. As Liberal Democrat energy secretary, Huhne wrote to Lord Lawson attacking his output as “misinformed” and “perverse”.

Lord Lawson has been an influential figure in the climate change debate, getting widespread media coverage despite promoting views held by only a small minority of scientists.

But the tide is turning against the use of climate deniers in news coverage, with MPs criticising the media for allowing “inaccurate arguments to flourish”.

On Friday, it emerged the BBC’s flagship radio news programme Today had been told off for giving undue prominence to Lord Lawson in its coverage. The broadcaster upheld a complaint against a news item aired in February, in which Lord Lawson debated a respected climate scientist.

Today’s former editor, Ceri Thomas, defended the decision, saying Lord Lawson was “well-qualified to comment on the economic arguments, which are a legitimate area for debate”.

Fraser Steel, head of the BBC’s Editorial Complaints Unit, said Lord Lawson’s views were not supported by the evidence and this was not made clear to the audience.

Steel added: “Minority opinions and sceptical views should not be treated as if it were on an equal footing with the scientific consensus.”