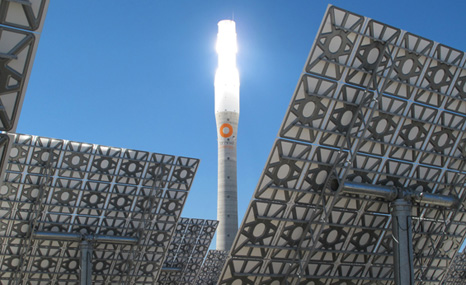 Scrapping fossil fuel subsidies would free up nearly enough cash for the green investment needed to avoid runaway climate change, according to an influential think-tank.

An extra US$ 800billion a year of investment is needed globally between now and 2050 to limit global temperature rise to 2C, the International Institute for Applied Systems Analysis (IIASA) found. That is on top of the US$ 400billion a year expected to result from existing policies.

In a study published on Wednesday, the researchers noted this green investment gap is in the same order of magnitude as existing worldwide fossil subsidies, estimated at US$ 500billion a year. They did not attempt to quantify the potential fuel cost savings of a shift to green energy.

David McCollum, lead author of the study, said: “Nearly all countries say that they’re on board with the 2°C target; some have even made commitments to reduce their greenhouse gas emissions. But until now, it hasn’t been very clear how to get to that point, at least from an investment point of view.

“It’s high time we think about how much capital is needed for new power plants, biofuel refineries, efficient vehicles, and other technologies—and where those dollars need to flow—so that we get the emissions reductions we want.”

The study is part of a wider EU research project, called Limits, into the policies needed to keep global warming below the internationally agreed 2C threshold.

Altogether, the IIASA projected between US$ 30trillion and US$ 75trillion of investment in low carbon technology and energy efficiency will be needed by 2050, with a central case of US$ 45trillion. That is based on a comparison of the results of six different global economic models.

The greatest investments will be needed in emerging economies of Asia, sub-Saharan Africa and Latin America.

“Energy investment in these countries is poised to increase substantially anyway,” said Massimo Tavoni, researcher at the Fondazione Eni Enrico Mattei, a climate research center in Italy, and overall coordinator of the LIMITS project.

“But if we’re serious about addressing climate change, we must find ways to direct more investment to these key regions. Clever policy designs, including carbon pricing mechanisms, can help.”

Due to the long lifespan of energy infrastructure, commonly between 30 and 60 years, study co-author Keywan Riahi said the investment decisions of the next few years were important. “There’s a considerable amount of technological inertia in the system that could impede a rapid transformation,” he warned.